What does “Power to the people” mean?

“Amandla Awethu!!” is a political slogan that the black South Africans came up with when they were involved in the struggle for independence under a white minority government before 1994. I don’t seem to understand the meaning of this slogan under the new political dispensation of new South Africa.

Some folks say it means “power to the people”. Who are the people that are referred to in this political slogan? Is it those that are led or is it referring to those that are in the leadership (Cabinet or Executive)? This slogan can easily be used by anybody in a structure who got appointed or elected to fool those he is meant to serve when he makes decisions that have nothing to do with the common good. What about in a situation where there is an independent Judiciary? Courts do make decisions that are not popular with the masses and people may feel hard done by them yet they are pushed into situations where they have to live with these decisions.

In the Republic of South Africa, the ANC has had a fair number of problems since coming into government and it has become clear to me that the majority of the party members do not have power or any role to play in the governance of the party. If they had any power to intervene through party structures, they would not have allowed ex-President Zuma and his croniesto get away with what he did while in office. This simply means the ANC structures are failing the party members because it lacks a mechanism that can be utilized by party members to keep wayward leaders in check. The structures generally assume that everyone in leadership will behave accordingly. I guess it gives the President (who also happens to be party chairman) a lot of responsibility to captain the ship, which I think is very wrong. This is Africa and Africans have this tendency of clouding democracy with their culture and traditions. They begin to talk about African democracy (as if there is anything like that) when they want to move to dictatorship. The sad thing about Africans is they have a tendency of behaving like tortoises whenever they are required to rise to the occasion for the common good. They simply give in to people who are driven by selfish gains instead of challenging ideas and policies that are not for the common good. I am of the view that no leadership should ever make itself the advocate for the just demands of the people. You may wonder why I am writing about this but it is for your own good and the good of Swaziland as we embark on the road to full democracy that you should know about these things so that you position yourself well to play a meaningful role in the party of your choice. If you do not want to be an active member of a party you will be fermenting corruption and abuse of power which will result in resources being used to serve the interests of the minority at the expense of the majority. Please get involved so that you do not kill the dreams of the young people and our children. The EFF of RSA had its elective conference last month and I was left very much disturbed by its conduct. This party subscribes to the African democracy which does not promote fair competition or equal chances to members to contest openly for any position that may arise. The association of PUDEMO and EFF is sending wrong signals to those who are for democratic elections. Remember we need a referendum on the King. He is not for democracy and we want things done differently in Swaziland. He must unban political parties first then make way for democratic changes to be put in place. I condemn the harassment of political activist by the King’s police in the strongest terms. 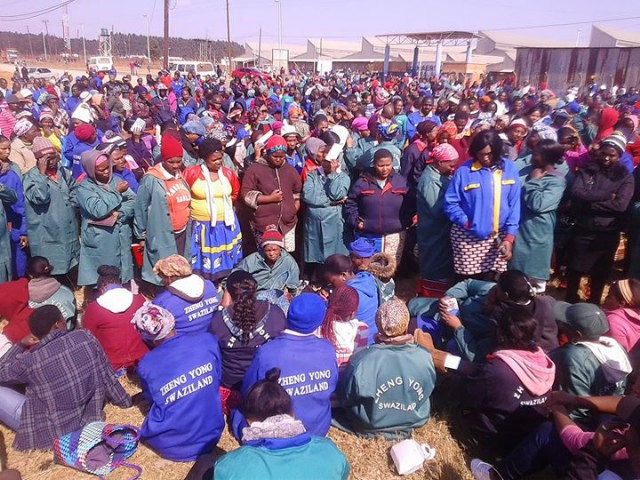