No Diplomatic Relations, No Business Benefits

1. Since 10 January 2020, some Eswatini people realized that all the Embassies and Consulate-Generals of the People’s Republic of China(PRC), except the Embassy of China in Pretoria, have been closed for Eswatini citizens to apply for visas to mainland China, which will cripple their business and the country’s economy development. Such an embarrassing situation is the result of Eswatini defying the One-China Principle and maintaining so-called “diplomatic ties” with the Taiwan authorities, a province of the PRC.

There is only one China in the world and the government of the People’s Republic of China is the sole legitimate government representing the whole of China, including Taiwan. Taiwan is an integral part of China. This is the One-China Principle or policy, which was enshrined in the UN Resolution 2758 in 1971 and all member states of the United Nations, big or small, are obliged to abide by. Although the US and European countries, out of political bias, did not vote for the UN Resolution 2758, they do unconditionally abide by the resolution adopted by the UN General Assembly, and thus stop developing or conducting any form of official relations with Taiwan Authority. This is the democracy of the majority rule.

Eswatini is a UN member and has the obligation to abide by the UN resolution. Otherwise, it will become a transgressor of international rules and norms and be isolated from the international community.To maintain such an immoral and abnormal relations with Taiwan authority politically disregards the Eswatini national dignity, economically disregards the interest of its country and people.

3.The Eswatini people have come to realize the fact that the long-existing immoral and abnormal relationsbetween their country and the Taiwan Authority, a region of China, does not serve the fundamental and long-term interests of the Eswatini and its people.The People’s Republic of China is the second largest trading partner of Eswatini while there is no diplomatic relations between the two countries, which means Eswatini has been benefiting greatly from business relations with the PRC while refusing to recognize One-China policy, which relates to core interest of China and the sentiments of over 1.4 billion population.Such an immoral and abnormal situation is unfair and unacceptable to the Chinese government and people and can not, shall not be allowed to continue.

4. As a friendly gesture and transitional arrangement, the Chinese government has no choice but to close all the windows in the world, except the Embassy of the PRC in Pretoria for Eswatini people both officially and privately to apply visas to Mainland China. The responsibility for the difficulties and inconvenience arose therefrom does not come from the Chinese side. The door of the Chinese Embassy here in South Africa is open for Eswatini government and people to talk with and find a proper solution to change such an embarrassing situation for win-win cooperation. But one thing must be clear that no diplomatic relations, no more business benefits.

The door here will be open or close based on the choice of the Eswatini people and government. The ball is on the court of Eswatini side.It is the right time for the Eswatini government and people to make a right choice for win-win cooperation or continue to keep silent to and remain the immoral and abnormal relations with Taiwan, as a region of China.

It is also known to all that whoever in the world wishes to achieve self-sustainable development to benefit their people, she has no choice but to solve three development bottlenecks, namely inadequate infrastructure, lack of professional and skilled personnel and short of financial resources. This is the successful development experience in China. And the cooperation of human resources development, infrastructure development and financial support has become the three priority of China’s policies to Africa.

If the Eswatini people get out of the Kingdom to Malawi, Zambia, Zimbabwe, Kenya and Ethiopia to just have a look by eyes instead of getting news from Western medias, you will understand how the world has changed and what China’s policy to and has done in Africa.

As the second largest economy in the world and the key strategic partner to Africa, China has always been committed herself to supporting Africa to realize win-win cooperation for common development. The volume of trade between China and Africa exceeded 200 billion US dollars in 2019, China has remained Africa’s largest trading partner for 11 years in a row.  China’s stock of investment to Africa has reached over 110 billion US dollars. China has financed and built in Africa more than 6,000 kilometers of railways and roads respectively, as well as 40 airports and sea ports, more than 80 large power plants, 90 stadiums, 200 schools, and a number of parliament and offices buildings. China also offers more than 10,000 government scholarships and provides training opportunities to over 60,000 person times to African countries every year. China also pledges to offer a package of more than $120billion USD of funding to support Africa’s efforts for self-sustainable development so far. More importantly, China encourages private businesses to invest in and open markets to African friendly countries.

It is our belief that it is better to empower people how to fish than to give him fish.China not only gives African countries fish, but prefers to empower them how to fish, i.e. to support them to make development plan, develop major infrastructure of roads, railway and electricity, and improve capacity building for self-sustainable development. It is proud to say that, with the strong and close cooperation with China, Africa has been rising but not sleeping, about 20 African countries achieved a more than 5% of GDP growth in 2019.

5.The Chinese side believes that state-to-state relations must serve the fundamental interest of both countries and beneficial to both peoples, rather than satisfy the personal interests of certain or a few people.

As the second largest economy in the world with a huge market of 1.4 billion population including 400 million mid-income population, China is ready to share its development fruits and market opportunities with Eswatini for it to develop economy and improve people’s livelihood.

In Eswatini, the biggest challenges are poverty, inequality and under-development. The only right way to meet the challenge is to develop economy and benefit its people. To this end, the Eswatini need investment, tourism and market. However, Eswatini is now and remains the only country on the African continent without diplomatic relations with China, keeping itself out of the big family of China-Africa friendship and preventing itself from benefiting from China-Africa cooperation.

The great national reunification of China including Taiwan is irresistible and irreversible trend that no one or force can stop.Tsai Ing-wen’s re-election as the “leader” of the Island will never change the basic fact that there is only One China in the world and Taiwan is inalienable part of China. The One China Principle and policy in the world remain unchanged

The world has changed! Africa has changed! And China has changed! Countries in the world must change themselves with the trend of a changing world and the times, or will be changed. It is our sincere hope that the Eswatini government and people could see through the reality of the changing world and make the right political judgment and decision to sever the so-called “diplomatic relations” with Taiwan once for all in light of the fundamental interests of their country and people as soon as possible so as to create political preconditions for both sides to solve the current visa issues and start the win-win cooperation for common development.

Will it be wise for the Eswatini to remain the immoral and abnormal relations with Taiwan region and disregard the national and people’s interest and the UN Resolution 2758? This is the right time for the Eswatini people and government to have the right answer to the question. 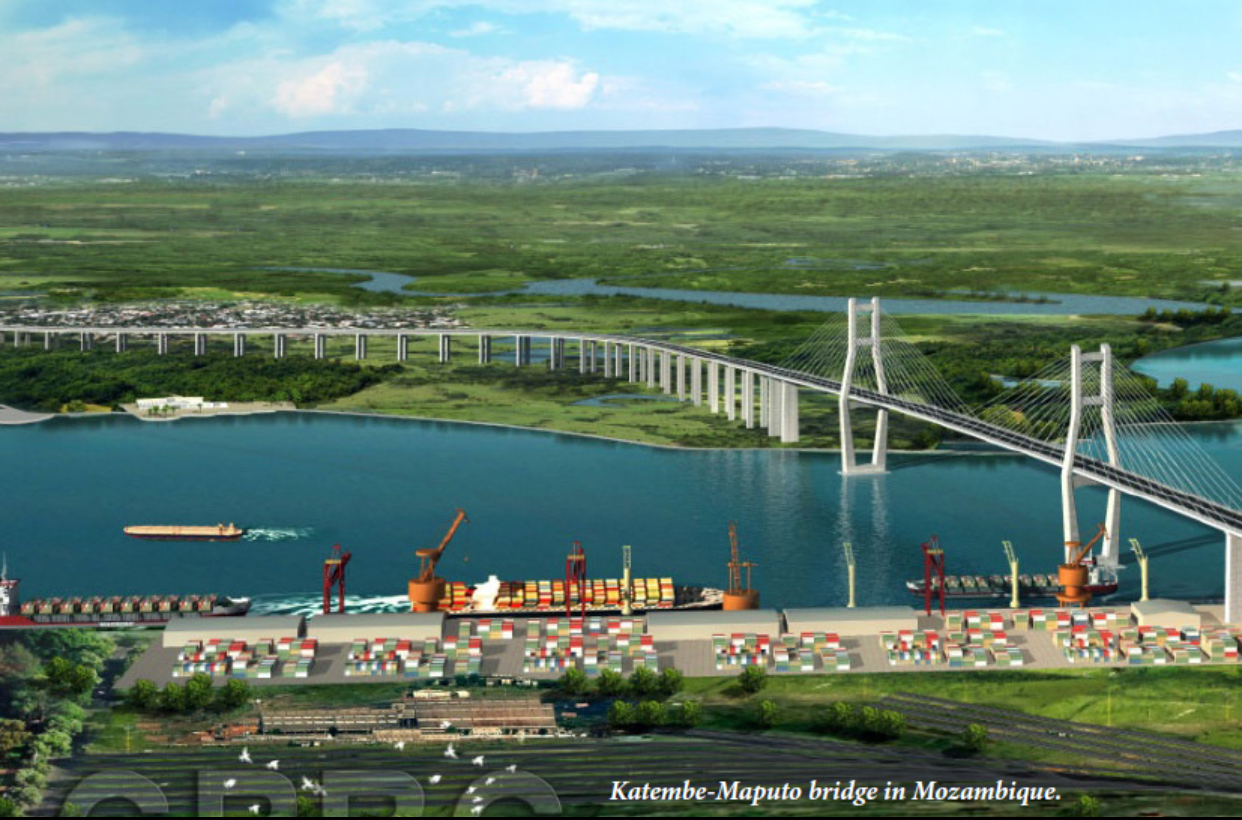 KaTembe bridge in Mozambique built by the Chinese government