As the partial lockdown comes with job losses and closure of businesses, government should, as a matter of urgency, utilize the millions of Emalangeni donated by companies to fight the coronavirus to distribute food to the Nation both in the urban and rural areas.

It is worth mentioning that the claims by Cabinet that they are currently conducting a research to ascertain the number of people who might be in need of food aid amounts to shifting the goal posts in the midst of this unfortunate situation.

Government is in possession of various reports from the World Food Programme (WFP) that gives a true picture with regards to the number of people who are urgently in need of food aid, particularly in the poverty stricken Lubombo region and these reports were presented even before the COVID-19 outbreak. Furthermore, these reports came with recommendations on what government could have done to mitigate the situation, however, no action was taken and some of these citizens were swallowed by the graves due to hunger.

Now, the country risk losing even professionals who were affording to feed themselves but can longer do so due to the partial lockdown.

Khanya Mabuza, the Chairman of the Social Protection Committee, a wing of the Disaster Task Force recently told this Swaziland News that they are currently conducting a research to ascertain the number of people who might need the assistance, this is just a delaying tactic while people are dying.

Mabuza, as the Executive Director of the National Emergency Response Council on HIV/AIDS(NERCHA) know exactly that the situation in this country has reached a critical stage and people are in need of food aid, this include the numbers already on HIV treatment and cannot take their drugs in an empty stomach.

Now, for government to start a research that might take years while people are urgently in need of food aid suggests that the report might not be credible as by the time it is released many people would have died of hunger.

The number of people who are employed is known by government and those people are now in self-isolation within their homes with nothing to eat due to the partial lockdown. Furthermore, the poverty rate that currently stands at over 70% of the population is known and therefore, Cabinet should not undermine our intelligence, the food distribution must start immediately.

Cabinet must not gamble with the lives of the people, the money donated by organizations for the COVID-19 must be used to feed the people as they stay within their homes preventing the spread of the virus.

It should be noted that as country we have too much money because we can afford to buy Rolls Royce, BMWs and two private jets for the King, so it cannot be a problem to feed this Nation.

The COVID-19 donations can be used to supplement our taxes and the billions with Tibiyo TakaNgwane and other public entities whese shares are held by the King in trust for the eSwatini Nation. otherwise.

We need to understand that any money that comes from Tibiyo should not be interpreted as a donation, that entity belongs to eMaswati and those billions should now be used to assist the Nation in the midst of the COVID-19 outbreak.

The King was clear that this country will reach first world status few months from now and therefore, we have a reason to believe that eSwatini is now capable of sustaining itself and feeding the citizens during the lockdown like most first world countries. 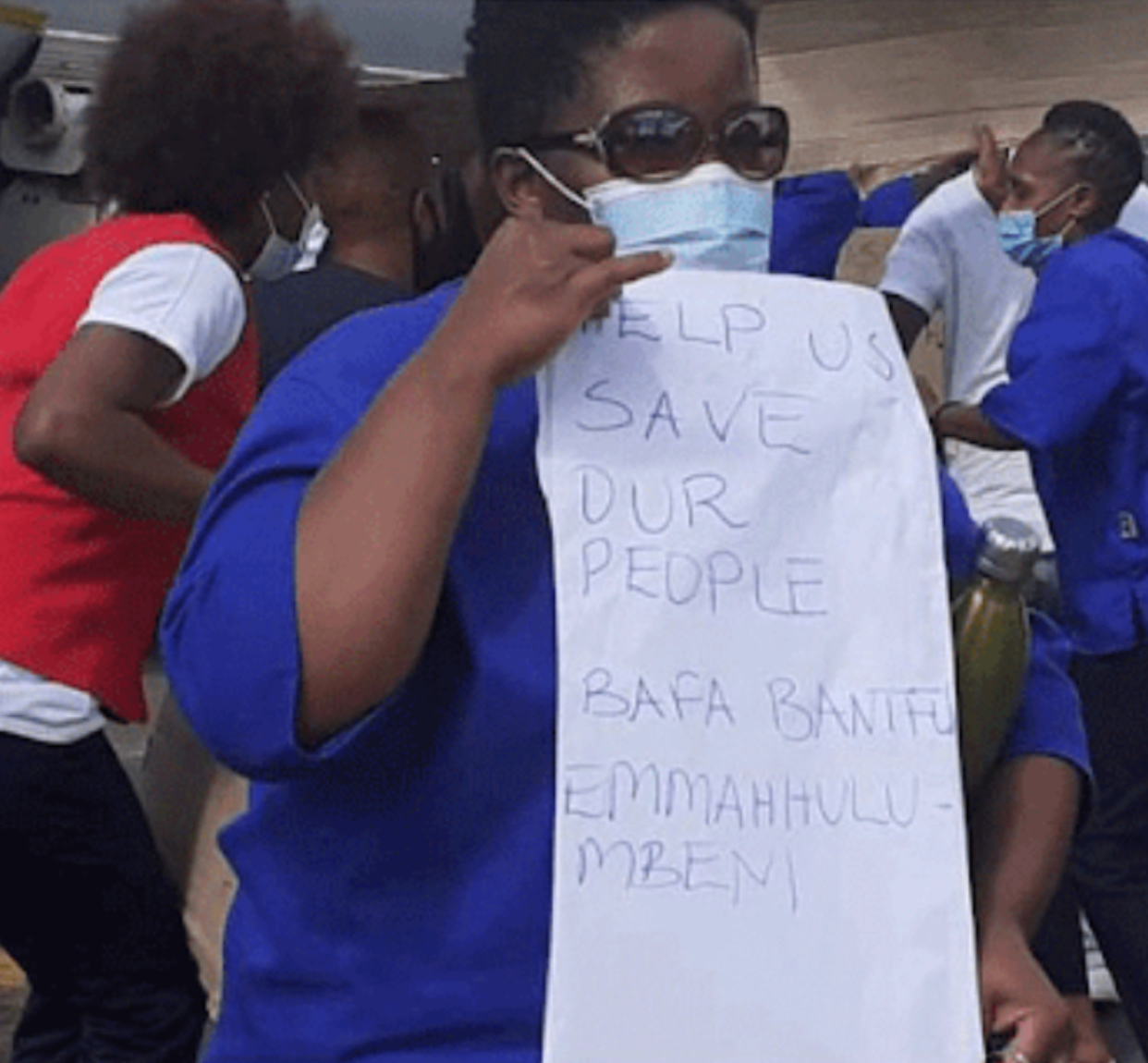