MBABANE: The statements by Minister of Foreign Affairs and International Cooperation Thulie Dladla suggesting that King Mswati’s jet will be used to bring back all eMaswati who are stranded in other countries has been proven to be untrue.

This comes after government through the office of Acting Government Spokesperson Sabelo Dlamini confirmed that eMaswati from other countries that include the USA, Canada and other countries arrived safely on Saturday at the Sikhuphe International Airport.

As part of investigations into the matter to ascertain the estimated number of eSwatini citizens stranded in other countries in the midst of the COVID-19 crisis, this Swaziland News introduced a whatsap group where eMaswati from abroad used to express their frustration and cry for help to come back home.

So far, the group has recorded close to 70 eMaswati who are stranded in other countries and most of them are in South Africa.

“We are not different from people who are just waiting for their hour of death, life has turned to be more difficult for us. We don’t know where the next meal will come from and as the month ends, we don’t have money for rent” said one of the stranded citizens in South Africa.

Responding to questions from this Swaziland News, Thulie Dladla, the Foreign Affairs Minister said as government, they were vigorously working on bringing back the citizens who are locked in South Africa and advised them to register with Eswatini Embassy based in Pretoria.

“We are working on it Nkhosi, they have registered with our Embassy in Pretoria” said the Honorable Minister.

The Honorable Minister said the South African Government promised not to penalize those who have overstayed as a result of the lockdown.

“South African Government promised not to penalize them provided it was within the lockdown period. They know where to go for assistance, our Embassies are for that” said the Minister.

Wandile Dludlu, the Secretary General of the People’s United Democratic Movement (PUDEMO) advised the stranded Swazis and those locked in different countries to organize themselves into WhatsApp groups so their locations can be known.

“PUDEMO together with other organizations, once a clear and credible list is available, will pursue the Ministry of Foreign Affairs here at home with demands of repatriations of all citizens from all corners of the globe within the shortest reasonable time. Otherwise as a party we are not surprised by the fact that His Majesty's government created an impression that this matter was being dealt with even fooling the Nation into believing that one of the planes usually used by the King was being dispatched to get Swazis across the world yet truth remains that Swazis remains unassisted. We want to confront the minister with concrete database of all desperate Swazis who remain lost, hungry and deserted in foreign soils 3 months after COVID-19 started to ravage the world” said the PUDEMO Secretary General. 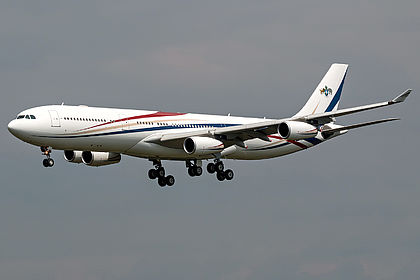