MBABANE: The Central Bank of Eswatini (CBE) has donated Personal Protective Clothing (PPE) worth E860,000.00 to support health workers and law enforcement officers in the frontline of the fight againstCOVID-19.

The contribution, presented by the Governor on behalf of the Board of Directors, Management and staff of the Central Bank, was received by the Minister of HealthSenator Lizzy Nkosi in a press conference held on Tuesday.

“We want to appreciate the role the ministry has played so far.  In times like this it calls for more than academic training, but also courage, support and guts to deal with this.  Your team of nurses and doctors require national support as they dedicate themselves to fight this pandemic,” the Governor said.

The Minister, when accepting the donation,reflected on support the ministry has received from the Bank to date.

“The nation does not know that when we started you were with us. Today we are talking of contributions towards the government laboratory but we never mentioned to the Nation that the Central Bank was the first to respond. The Governor gave us E130, 000 to procure laboratory equipment we needed at the time. On behalf of the Government, the ministry and the nation at large I would like to thank the Bank for continuously being there,” she said.

The Governor expressed that the Bank’s wish is for EmaSwati to listen to Government and WHO guidelines. Being such a small population we cannot afford to lose our people regardless of age.  “This is a test of our unity, Christian faith, determination, character and peace. We should not fail,” he added. 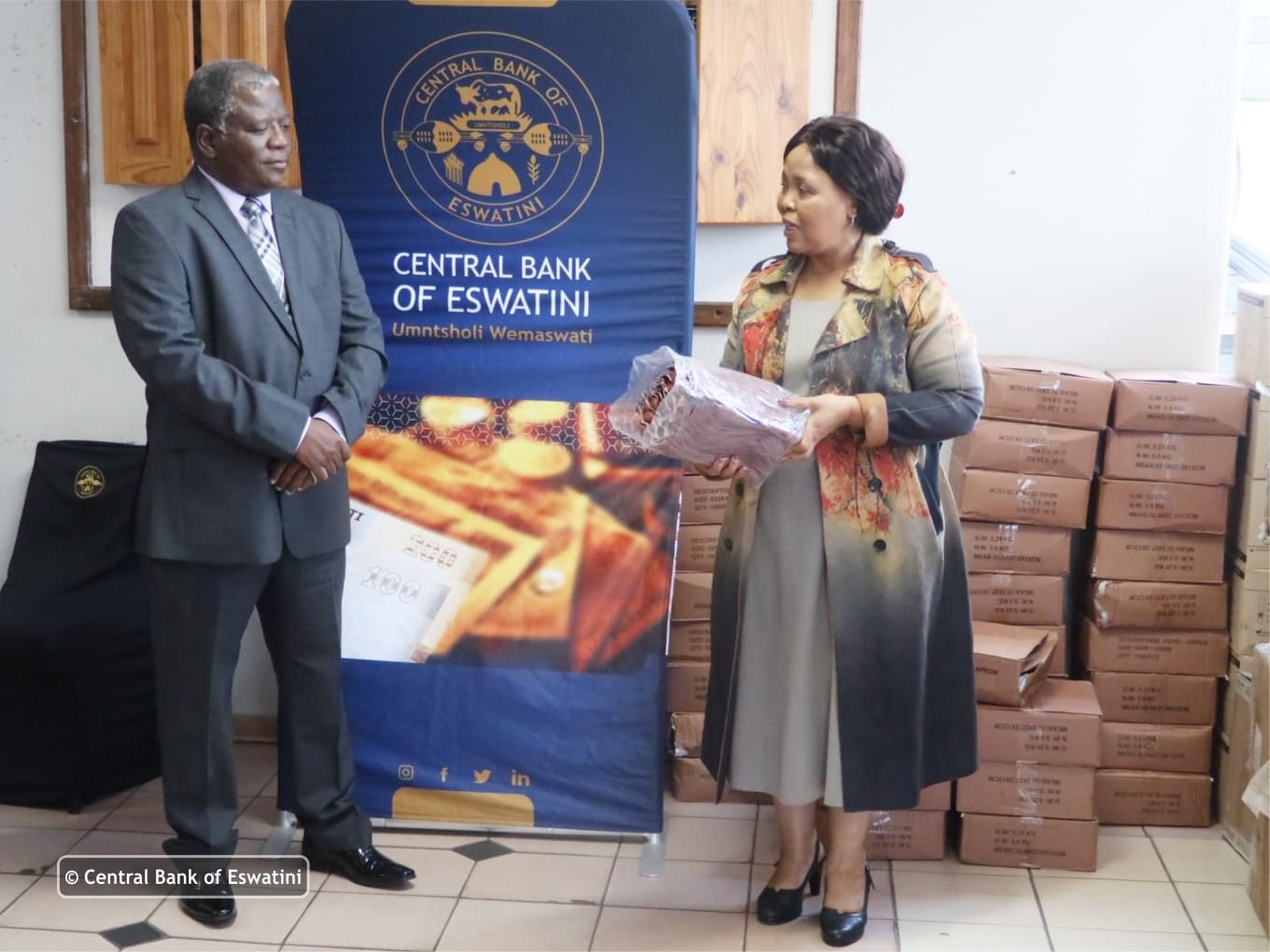