PUDEMO on Ligwalagwala FM: We are deeply concerned with police brutal crackdown on political activists

MBABANE:Wandile Dludlu, the Secretary General of the People’s United Democratic Movement (PUDEMO) said his organization was deeply concerned with current brutal crackdown by the police directed to political activists and independent journalists.

Speaking during an interview with SABC’s Ligwalagwala FM shortly after the arrest of Economic Freedom Fighters (EFF) Swaziland President Ncamiso Ngcamphalala who was charged with sedition, the Secretary General said their main concern was that many political activists were injured while some died at the hands of the police.

He said the EFF Swaziland President was charged merely for expressing his view regarding the King’s political system.

“He was charged merely for expressing his opinion and that he was not happy with the King’s Tinkhundla political system and if need be, ways should be considered to remove it. As we speak, he is in police custody merely for expressing that opinion and this shows that Mswati does respect his own Constitution that promotes the Bill of Rights” he said.

The PUDEMO Secretary General further highlighted the case of a member of the Swaziland National Association of Teachers(SNAT) Majahembuso Dlamini who was attacked by the police merely for expressing his view that the kombi that transported 15 police officers from the Operational Support Services Unit (OSSU) and involved in tragic accident at Mhlaleni-Nhlangano Road was in breach of the COVID-19 Regulations.

“He questioned the circumstances surrounding the accident saying the police were in breach of the COVID-19 Regulations by allowing the passengers to occupy 100% instead of 70% seats, he landed himself in trouble” said the PUDEMO Secretary General. 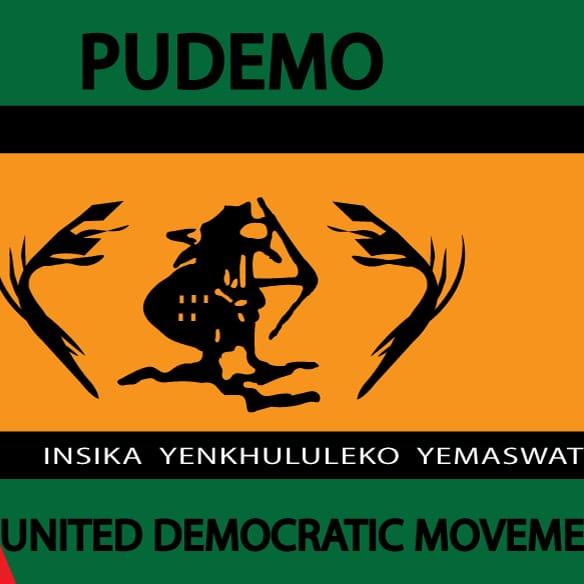