It was encouraging to see King Mswati demonstrating good leadership by emphasizing the importance of taking COVID-19 seriously. However, like all world leaders, he should have done this before the self-isolation to avoid unnecessary criticism.

Indeed, to hear the King telling his people to adopt preventive measures and stay safe from this virus was one of the most significant speech at this juncture and judging from the manner in which he lectured the country on how the virus could be prevented, it was clear that he did his research before addressing the Nation. Perhaps, one can conclude that the King might be talking from experience after reports emerged that he was in a critical condition, but then, what should be appreciated is the fact that he addressed the Nation and warned the people against taking the virus lightly.

Now, the purpose of this article is to analyze the King’s speech for the benefit of eMaswati because it appeared that some citizens of this country think COVID-19 is a joke. Soon after the King’s speech the social media was abuzz with videos, people jokingly conducting kuchela(fumigation). This means, out of the whole King’s speech, people decided to joke about this virus that has claimed and might continue claiming the lives of citizens particularly the elderly. I am one of the King’s known critics because I am against the way he rules this country but let me commend the way he demonstrated understanding of COVID-19 in his speech. The King encouraged people to wear masks, ironically, his government is failing to provide some for the poor. This would be a topic for another day. It is worth mentioning that the wearing of masks and washing of hands remains part of the most important preventive measures that should be adopted to prevent the spread of the virus and is in line with the recommendation of the World Health Organization (WHO).

People should understand that if someone of the King’s status, took his time and address the Nation, speaking strongly against the virus, that might mean he had been affected either directly or directly and as such he doesn’t want to be reckless. The King made it clear that the pandemic does not look whether you are rich or poor, it takes on everyone including those helping the positive ones. He alluded that the virus is deadly and has taken the lives of some Doctors in some countries.  This virus is already spreading within the Kingdom and as a youth of this country, we should be worried about the vulnerable population, especially elderly people and those diagnosed with diseases like HIV, diabetes, hypertension and heart conditions because they are the most vulnerable ones to the pandemic.

The King is now 52 years and he falls under the vulnerable population that remains in danger as the virus spread and it is important that we take his words seriously, because we might never know what he went through in the last three months while in isolation. One of the reasons, I was putting pressure through my writings that the King should address the Nation on the COVID-19 was that as a leader, he commands a huge following hence he must give direction and encouraged those at the frontline to do everything in their power to fight and conquer the pandemic.

But then, this cannot be enough, the King must demonstrate love for his people by transferring at least E1billion from Tibiyo TakaNgwane to feed the Nation and further buy masks and other Personal Protective Equipments (PPEs) particularly for health workers. Furthermore, the King must donate part of his large number of cattle to be slaughtered and meat parcels distributed to the poor so that the people can have something to eat after washing their hands. I am sure some citizens in the rural areas can share mealie-meal with their neighbors if encouraged to do so, the problem would be meat and other necessities that should complete the stable food.

Your Majesty, thank you for the COVID-19 speech, some of us will continue criticizing you for the benefit of this country, do not take it personally, regard it as constructive criticism to help improve your leadership skills. I am told by those around you, that you read my articles and let me use that privilege, on behalf of the over 700 000 poor citizens and recommend that you transfer money from Tibiyo to the government account to assist in buying masks, food and other basic necessities of life. Thank you for the encouraging speech Your Majesty!!! 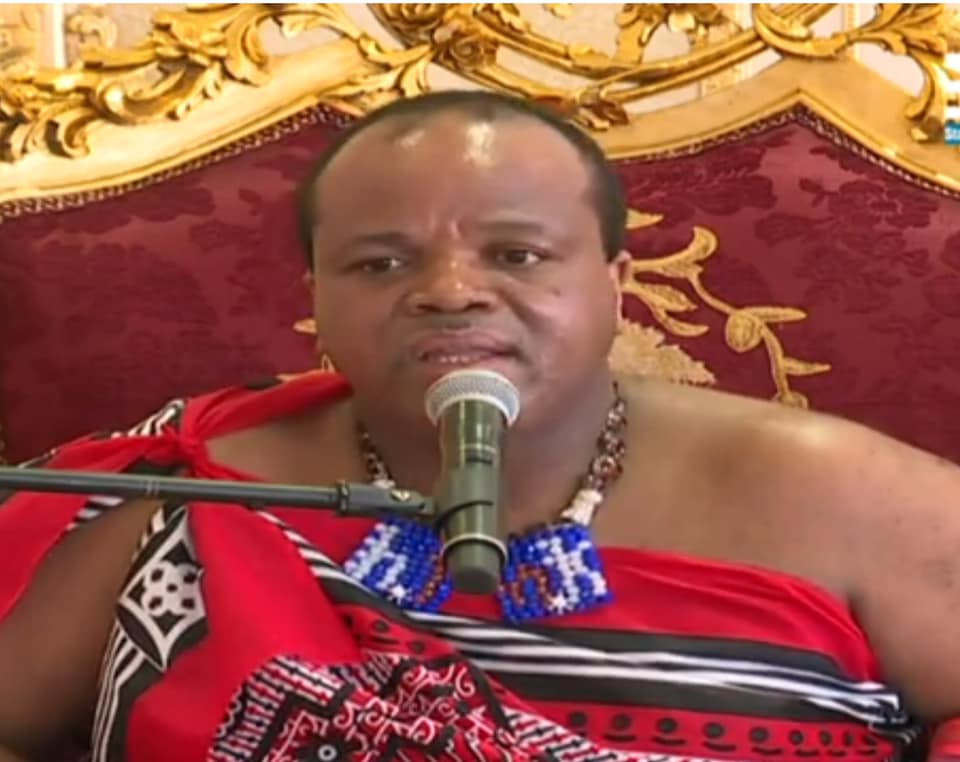