MBABANE:The multi-billion dagga deal between King Mswati and Stem Holdings as exposed by this publication has triggered tension within the royal family, more evidence including pictures of secret royal meetings where the now cannabis controversial deal was discussed at length has been obtained by this Swaziland News.

This is the lucrative deal that saw the King manipulating provisions of the Prevention of Organized Crime Act (POCA) by unleashing police officers on dagga farmers as means of pushing them out of the business to give way for Stem Holdings, triggering tension between Parliament and Cabinet after the citizens complained to their various MPs.

Stem Holdings is a giant company based in the United States specializing in cannabis and hemp branded products with proprietary capabilities in sustainable cultivation, processing, extractionas well as retail and distribution operations aligned with State-by-State regulations. Fresh evidence in our possession including pictures suggests that on or around  2018, Prince Shlangusemphi, the then Minister of Economic Planning and Development, now ‘Defense Minister’ who was facilitating the dagga deal on behalf of the King, held a secret meeting with the Management of Stem Holdings in his offices in Mbabane, the company subsequently claimed, through a press statement, to have received preliminary approval to become the only licensed growing farm and processing plant for medical cannabis and industrial hemp inthe country for ten(10) years.

But Dr Simon Zwane, the Principal Secretary in the Ministry of Health when speaking to this publication in an earlier interview confirmed that various companies applied for the license but said as a Ministry empowered by the law to regulate the industry, they opted to set the record straight that no company has been awarded the license after learning that Stem Holdings claimed to have received preliminary approval in the country to grow and export dagga products.

“We need to clarify and set the record straight that the Ministry of Health is empowered by the law to grant such licenses but to date, no license has been granted by the current or previous Minister to any company to grow or export dagga products” said the Principal Secretary.

When asked to respond to our questions on the subject matter, Prince Shlangusemphi, the then Minister of Economic Planning and Development who was allegedly instrumental in facilitating the dagga deal joined the fast lane, he failed to respond to a specific question about the alleged dealings with Stem Holdings.

But on or around 25thMarch 2019, Adam Berk, the Stem Holdings Chief Executive Officer(CEO) confirmed in a report and or a press release that his company, through a Joint Venture with Profile Solutions had received preliminary approval to become the only licensed growing farm and processing plant for medical cannabis and industrial hemp in eSwatini for a period of ten (10) years.

“Stem Holdings Inc. is pleased to announce it has executed a definitive agreement dated March 22, 2019 to acquire South African Ventures Inc. SAV has a joint venture with Profile Solutions and a working capital surplus of approximately $11 million. The JV has received preliminary approval to become the only licensed growing farm and processing plant for medical cannabis and industrial hemp in The Kingdom of eSwatini (formerly known as Swaziland) for a minimum of 10 years” said Adam Berk, in an article that was also published by the Cannabis Business Times.

Parliament is currently at loggerheads with Cabinet after the King through Prime Minister Ambrose Dlamini and Justice Minister Pholile Shakantu unleashed police officers on dagga farmers after Parliament refused to pass the Cannabis Bill whose intention was to award Stem Holdings the license.

Reached for comments earlier by this publication, Saladin Magagula, the Chairman of the Eswatini Cannabis Association (ECA) said as representatives of dagga farmers, they don’t want the industry to be captured by white monopoly capitalism.

“As much as we support Foreign Direct Investment, we don’t want white monopoly capitalism to completely take over the business from indigenous Swazis. We want everything to be grown and processed here, even if we involve investors, at least the growing part should be done by the citizens” said the Cannabis Associations Chairman. 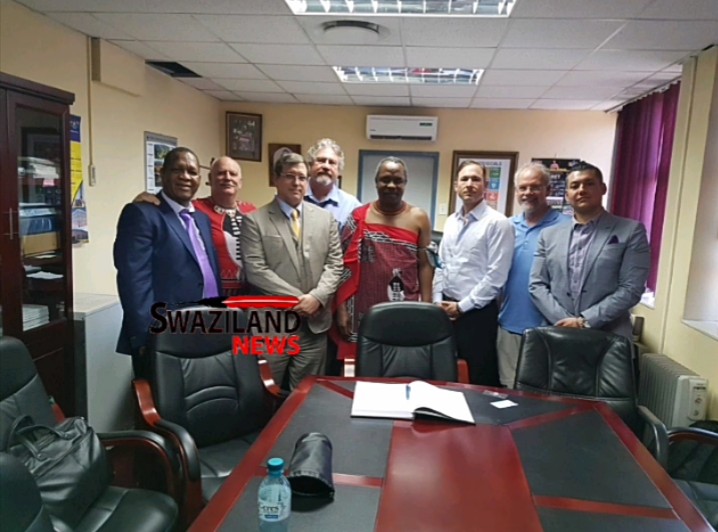