Hosea MP out on E5,000.00 bail, police tried to convince him stop being vocal about POCA

MBABANE: Information leaked to this Swaziland News suggests that on Wednesday, the police tried to convince Mduduzi ‘Bacede’ Mabuza, the powerful and politically connected Hosea Member of Parliament to stop being vocal about the Prevention of Organized Crime Act (POCA) that was used to target dagga farmers.

This comes after a highly investigative article that exposed how King Mswati manipulated POCA to destroy dagga farmers and subsequently intimidated Parliament to pass the Cannabis Bill into law to give way for his multi-billion dagga deal with Stem Holdings, the project is currently facing huge resistance from the Nation and creating tensions in this tiny Kingdom.

Reached for comments in an earlier interview, Saladin Magagula, the Chairman of the Eswatini Cannabis Association (ECA) said as representatives of dagga farmers, they don’t want the industry to be captured by white monopoly capitalism.

“As much as we support Foreign Direct Investment, we don’t want white monopoly capitalism to completely take over the business from indigenous Swazis. We want everything to be grown and processed here, even if we involve investors, at least the growing part should be done by the citizens” said the Cannabis Associations Chairman.

Now, it has emerged that even though the police forcefully dragged the MP during the arrest, they were fully aware that the charges he might face were fabricated and politically motivated.

“Manje wena Mhlonishwa vele ufuna kufela bantfu?. Yini ungayekeli yonkhe lentfo yabo POCA, utibindzele, ngoba natsi sinikhwa i-instruction, kuyacaca kutsi lana ufela lendzala ye Cannabis (meaning: Honorable MP are you prepared to suffer for the people? Why don’t you dump this POCA and just be quiet because clear that you are now suffering for being vocal about it, it’s a pity that we received instructions to arrest you” said one police officer inside the Quantum that transported the MP after his arrest.

The MP was on Thursday granted E5000.00 bail by the Magistrate Court and his charges remain unclear, at first, the police Spokesperson Phindile Vilakati said he might face more than five charges including defeating the ends of justice. However, it later transpired that the Crown had not decided on the exact charges that might be faced by the MP.

The police Spokesperson later told the Swazi observer that one of the police officers were injured while they were throttling the MP and forcefully pushing him inside the Quantum and had to be rushed to hospital.

This publication exclusively revealed the story that a battalion of police officers were surrounding the MPs home in Manzini in the early hours of Wednesday.

Meanwhile Stem Holdings, the United States company that triggered the political tension in the Kingdom after capturing royalty to try and secure the license released a press statement claiming to have received preliminary approval to grow and export cannabis products for a period of ten(10) years.

“Stem Holdings Inc. is pleased to announce it has executed a definitive agreement dated March 22, 2019 to acquire South African Ventures Inc. SAV has a joint venture with Profile Solutions and a working capital surplus of approximately $11 million. The JV has received preliminary approval to become the only licensed growing farm and processing plant for medical cannabis and industrial hemp in The Kingdom of eSwatini (formerly known as Swaziland) for a minimum of 10 years” said Adam Berk, in an article that was also published by the Cannabis Business Times. 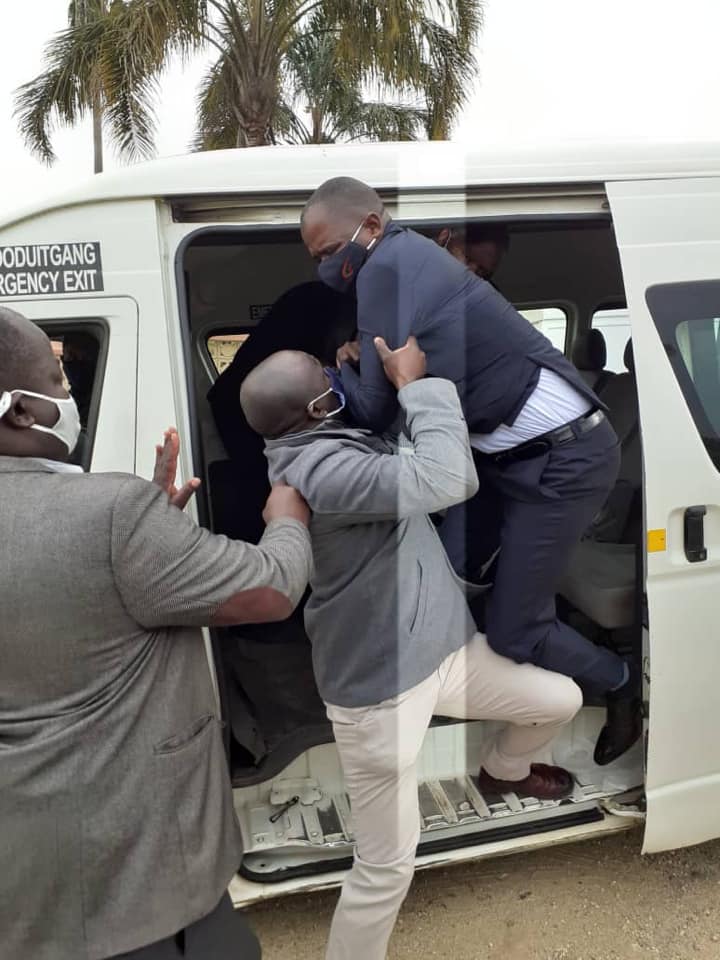 Hosea MP Mduduzi Mabuza during the arrest by the police