MBABANE: MediGrow, a cannabis company owned by Willem Jonker, an international investor whose other company Interneuron was barred by the Financial Services Board (FSB) for allegedly swindling other investors over R100million has been featured in Eswatini government’s E30billion post COVID-19 economic recovery strategy.
Jonker, the powerful and highly connected investor in the globalmulti-billioncannabis industry is the founder of Medigrow Africa and his company’s involvement in the government’s economic recovery strategy has triggered tension among local and international cannabis companies who applied for the cannabis license, a process marred by abuse of power and or the systematic manipulation of the Prevention of Organized Crime Act (POCA) to destroy indigenous farmers.

But a background check conducted by this publication uncovered that on or around 2012, Willem Jonker’s investment company Interneuronwas investigated and barred by theSouth AfricanFinancial Services Board after it was discovered that clients experienced over R100million losses, this was after the company’s representative allegedly transferred the monies to another client and the motive behind these transactions could be not be ascertained.
Reached for comments by this Swaziland News, Willem Jonker who is based in South Africa confirmed being the founder of MediGrow Africa, whose subsidiary company Medigrow Eswatini has been featured in the government post COVID-19 economic recovery strategy,it has been estimatedthat the companywillcontribute E160million to the public coffers and create 300 jobs.
Speaking to this publication, the investor further confirmed that he was accused by the Financial Services Board(FSB)   but never convicted for the R100million fraudulent investments adding that he had since been reinstated by the entity’s successor.
“I can confirm I am the founder of MediGrow Africa. I confirm that I was accused by the Financial Services Board but have since been reinstated by their successor, the Financial Sector Conduct Authority” he said.
The MediGrow Africa founder described his company as a law-abiding entity intheeleven African countries, he consistently maintained that hewas doing the same in eSwatini.
“In the eleven countries where MediGrow Africa is active, we abide by the laws of each country, we are doing the same in eSwatini” said the MediGrow Africa founder.
Indeed, a research conducted by this publication uncovered that MediGrow has applied for cannabis licenses and holding consulting companies in various countries that include the Democratic Republic of Congo, Jamaicia, South Africa and Zimbabwe among others, however, in terms of production, it was only fully operational in Lesotho.

On or around 11thAugust 2020, Prime Minister Ambrose Dlamini,ina press statement released by Government Spokesperson Sabelo Dlamini maintained that no company has been granted acannabislicense, this was after an investigative report by this publication that exposed how King Mswati through then the Economic Planning Minister Prince Sihlangusemphi secretly met international investors including Stem Holdingsto discuss the possibility of investments in the dagga farming industry.

“While several companies have, in the past, applied to farm cannabis in eSwatini, none of them have been granted a license to pursue this activity as dagga farming remains illegal in this country” said the Government Spokesperson.

But the Government Spokesperson later failed to respond to a specific question from this publication on why Medigrow was featured in the government post COVID-19 economic recovery strategy in the absence of a legislation and regulations.
King Mswati’s huge interest in the cannabis farming industry comes after well documented reports that substintiate how he demanded ‘free’ shares and or bribes from investors seeking to establish business in eSwatini, he benefits from various Mines, the telecommunications industry with his major investment stronghold being Tibiyo TakaNgwane that controls the agriculture, tourism and property industries among others.

An independent investigation by this publication suggests that even though Willem Jonker’s Medi Grow has been applying for cannabis licenses within African countries, his company subsequently ‘lease’ the licenses and or sell subsidiary entities to other giant international cannabis companies with millions of US Dollars, without meaningful contribution to that particular country in terms of jobs and revenue.
Evidence in our possession suggests that on or around 10 June 2020, Medigrow Africa allegedly signed an agreement with Wuhan General Group, a company based in Canada and in terms of the agreement, Wuhan was to receive commercial licenses and rights from MediGrow’s portfolio of medical-grade cannabis and hemp productsparticularly in Lesotho were the company was operational. This was two months after MG Health, formerly MediGrow Lesotho announced that it was retrenching its workers citing cash flow challenges in the midst of the COVID-19 crisis.

An independent investigation further uncovered that a week later, and or subsequent to the signing of the agreement, on or around 17 June 2020, Wuhan General Group announced that it was changing its name and rebranding itself to M2Bio Sciences and immediately after the name change, the company confirmed that it was acquiring Tsime Pharmaceuticals and Medicinal Supplies(PTY)Limited,a private company based in Lesotho and linked to Willem Jonker’s MediGrow Africa. These latest investment arrangements were communicated to the newly brandedcompany’s stakeholders including shareholders through a press statement releasedon or 17 July 2020by Jeff Robinson, the Chief Executive Officer (CEO).

In the midst of this investigation, the Swaziland News could not establish the exact amount of the acquisition, but it has been confirmed through a press statement that the transaction was to be concluded in the “next ninety (90) days from the date of signing.

Even though Jeff Robinson, the Wuhan CEO expressed excitement regarding the intended investment in Lesotho through their agreement with MediGrow, he confirmed through a press statement that the industry was a battlefield that wounded many companies.
“As many companies have been forced to leave the battlefield badly wounded, some mortally, we enter the arena unscathed and at a fraction of the costs. We plan to expand our relationship considerably in the coming months with Willem and Medigrow Africa. Furthermore, we are very proud to contribute to the economic development of Lesotho through this transaction. The grass is greener in Africa!" he said.
On or around 15 July 2020,The Growth0p, an international cannabis Online publication quoting a report from this Swaziland News and the Times of Eswatini reported that cannabis growers in the Kingdom of Eswatini threatened to burn King Mswati’s sugar cane fields as a revenge for the burning of their dagga fields bytheKing’s police officers. This was after Stem Holdings, MediGrow Africa and other international companies approached government and the King to secure a cannabis license, a processmarred by corruption, political tensions after Parliament refused to pass the Cannabis Bill into law to give way to the multi-billion royal connected investments.

Mduduzi ‘Bacede’ Mabuza, a powerful and highly connected Member of Parliament(MP) in eSwatini who successfully influenced Parliament to suspend the POCA law that was used by King Mswati and his Cabinet to destroy indigenous dagga farmers in favor of royal linked capitalists was subsequently arrested and charged for allegedly defeating the ends of justice.
Reached for comments, Trevor Shongwe, the Secretary General of the Eswatini Cannabis Association(ECA)confirmed that they were aware that MediGrow has been featured in the government post COVID-19 economic recovery strategy to conduct business in the cannabis industry without proper regulations, however, he said they will fighton behalf of the citizens to the end.

“We are actually surprised how MediGrow was even featured in the government strategy in the absence of a legislation and regulations. There wereSwazi companies that applied for the license and we believedlocal companies will be placed in the waiting list once proper regulations are in place ,so we will definitely interdict them just like we did with Stem Holdings. We arealsoconcerned because Jonker, the founder of this company seems to be applying for licenses in the African countries and then sell those licenses to thehighest

bidding investors, at the end, the people benefit nothing not even the jobs. Even in the government economic recovery strategy, MediGrow is projected to create 300 jobs, you can’t grab such multi-billion business from Emaswati and replace it with 300 jobs,dagga farmers are handling serious money, they don’t need jobs” he said.
It has been disclosed that even though the cannabis industry seems to be ‘booming’ under the black market, it will not be immune to other labour and economic challenges once it has been regulated.

On or around 21 April 2020, the Lesotho Times reported that MG Health, formerly known as MediGrow Lesotho retrenched 72 workers citing cashflow challenges due to the outbreak of COVID-19, this was communicated by Andre Bothma, the company’s Chief Executive Officer (CEO).
“Following the unprecedented spread of COVID-19, the stock market took an unforeseen fall on the 9th of March 2020 and the capital raise that MG Health LTD was in the process of came to an abrupt halt,” the CEO stated in the letter.

Reached for comments, Mduduzi Gina, the Secretary General of the Trade Union Congress of Swaziland (TUCOSWA) said government should conduct background checks regarding the credibility of investors before approving them to establish businesses in the country.

“Our main problem in this country is that those in power doesn’t care about the people, they can approve any investment that will benefit them even if it results to the sufferings of the people including workers. Now, we rely on investigative journalists who assist us with information despite working with limited resources when in fact government should be the one investigating these investors before engaging them” he said.

The TUCOSWA Secretary General further reminded government that cannabis benefits more than 300 people in the country and therefore no company should be allowed to grab such business from the citizens and replace it with 300 jobs, he said, considering the proposed investments, dagga farming should remain un-regulated.

“Not all of us should be formal, the cannabis industry should remain informal as long as it benefits the people” he said. 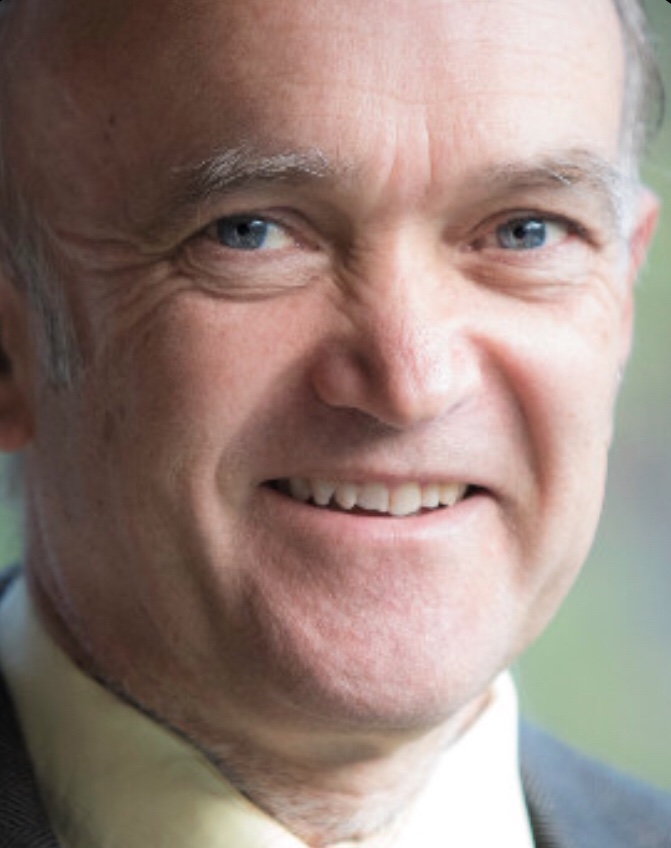