LONDON: Veli Mamba, the Spokesperson of the United Kingdom (UK) based Swazi Vigil said as eMaswati living in the UK, they will continue engaging the British government to put pressure on Eswatini to adopt democratic reforms.

Swazi Vigil is a political organization that include among others, exiled Swazis based in the United Kingdom some who were persecuted by the government for fighting for democratic reforms.

Political parties are banned in Swaziland (Eswatini), any criticism directed to King Mswati and his government is regarded as treasonous, a serious crime that might a attract a death sentence upon conviction.

Speaking to this Swaziland News, the Swazi Vigil Spokesperson said even though they are staying in the United Kingdom, they took a decision to continue with political activism and fight for democracy in Eswatini. He said previously, they managed to meet the then Prime Minister David Cameron where the political situation in Swaziland was discussed.

“We are always monitoring the situation back home through the independent media and because we have an advantage of living in a democratic country, we normally protest at the Swazi Embassy here in the UK. This helps in creating awareness in the eyes of the international community regarding the oppression in Swaziland” he said.

The Spokesperson said they took a decision not to relax in the UK knowing that the situation is terrible back home.

On or around September 2020, Lucky ‘Obama’ Matsetjwa, a former police officer who was working closely with the then National Commissioner Isaac Magagula told this publication during an interview that State police would kill suspects and subsequently dump them in dams to be feasted by crocodiles while others were dumped at Hlane Game Reserve, those suspects were later reported missing by their relatives.

In February 2020, the police raided the home of the editor of this Swaziland News, Zweli Martin Dlamini, he was later taken to Mbabane police station where he was suffocated for writing critical articles about King Mswati.

Another journalist Eugene Dube, the editor of the Swati Newsweek was also raided by the police, he was also taken to Nhlangano police station where he was questioned for publishing critical articles by the absolute Monarch. 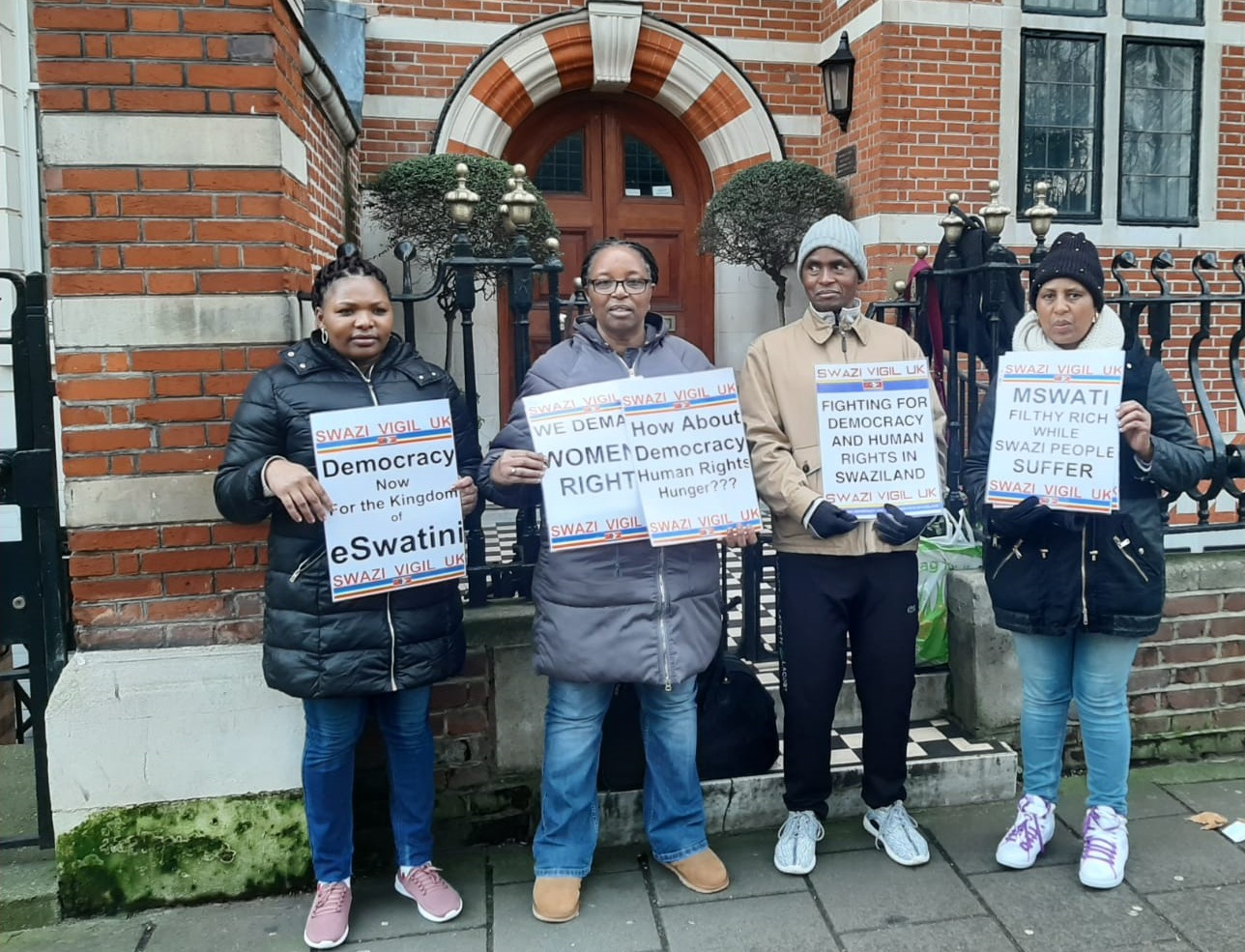