MBABANE:  Univesity students are highly expected to collaborate with trade unions and other stakeholders in looming nationwide protests against government\'s decision to deny University students scholarship.

Mbongwa Dlamini, the President for the Swaziland National Association of Teachers (SNAT) in an interview with this publication said supporting the students is not optional for them as a teacher’s union but its part of their work.

“We cannot wait on the side lines and watch our hard work being washed down the drain, as teachers we are also parents to these affected students" said the SNAT President.

Speaking to this Swaziland News on Thursday, Wander Mkhonza the Secretary General of the Almagated Trade Unions of Swaziland (ATUSWA ) said as a union they understand the students’ plight and they are fully behind them.

“We understand their plight since we know how it feels to be at the bottom, we also have children and we work hard in order for them to have a bright future. As textile workers we generate the money used to pay for scholarships, that is why it is very important that every swazi child benefits from it" said the ATUSWA Secretary General.

Mlamuli Gumedze, the Swaziland National Union of Students (SNUS) said they were currently making consultations on the matter with various trade unions and political parties.

“We have a programme in place, we are currently making consultations with trade unions, political parties and Student Representative Councils (SRC’s) from all the tertiary institutions in the country, we will then take a decision on the way forward" said the SNUS President.

Brian Sangweni,the Spokesperson of the People’s United Democratic Movement (PUDEMO) in an earlier interview with this publication said as a party they support the students in their fight for scholarships. 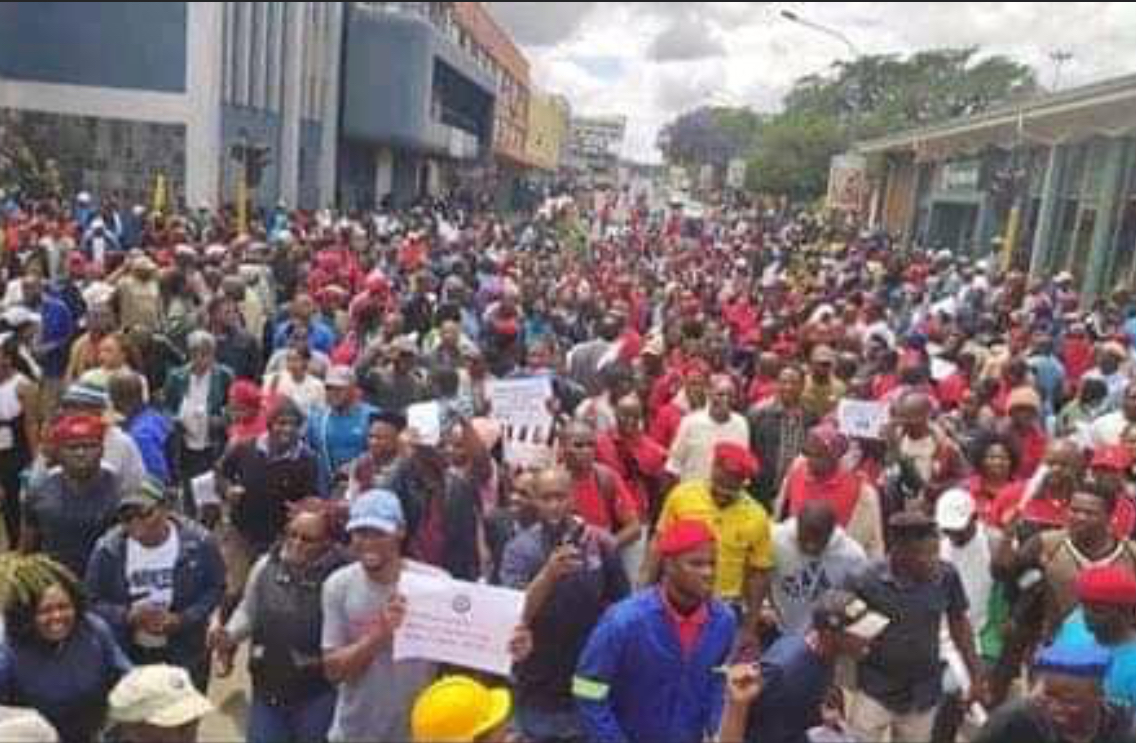