MAFUTSENI: King Mswati allegedly issued  an order to evict poor women vendors at Mafutseni and other residents to give way for a project facilitated by Princess Sibahle and her Arab husband.

Eswatini, a tiny Kingdom situated in Southern Africa and ruled by an absolute Monarch has about 70% of the population living below the poverty line, women are the most affected, some survive through informal trade to feed their extended families.

An independent investigation by this Swaziland News suggests that on or around September 2020, the King allegedly sent his powerful Ludzidzini Royal Council led by its Chairman Chief Mdlaka Gamedze to inform the residents who acquired land through the Malindza royal kraal to pack their belongings and go, the Chairman allegedly stated categorically clear that the land belonged to the King.

Duncan Mthembu, a resident of the area who acquired a piece of land through the Malindza royal kraal and subsequently confronted by the Mafutseni authorities confirmed that Chief Mdlaka Gamedze arrived with the King’s Ludzidzini Council to inform them to vacate the land.

“We were told that the land belongs to the King and that we must vacate the area to give way for a Princess‘ project.We were actually surprised when Prince Masitsela who is part of the Council that came here to evict us told the Nation that as royalty, they were appointed by God to rule this country, considering the way the  they are treating us, where do we go from here now?” said the resident who built a house worth millions after legally acquiring the land through the kukhonta  custom.

It has been disclosed that shortly after the Ludzidzini Council visited the area, royalty sent AGPF, a company owned by one Wayne Allen that provides fencing services to fence the area while the residents were still residing within their homes.

Reached for comments by this Swaziland News Chief Mdlaka Gamedze, the Chairman of the Ludzidzini Council first asked this journalist what did the residents say before responding.

“What did the residents told you Dlamini? ” he asked, to which this journalist responded that the residents were complaining that they were being evicted after acquiring the land through the Malindza Royal Kraal.

“May I not comment for now Dlamini, the residents must tell you the truth what really happened(asebayikhulume kahle)”,said the Ludzidzini Council Chairman.

But evidence in our possession in form of pictures substantiates that indeed, royalty ordered the residents to vacate the area and subsequently fenced the land with the intention to deprive them access to their homes.

Sibusiso Nhlabatsi, a human rights lawyer when speaking to this publication in an earlier interview said the issue of land was affecting most citizens around the country adding that urgent action must be taken.

“In most cases, you find that the citizens went through all the necessary process of kukhonta in terms of the Swazi Law and Custom to acquire the land but they are subsequently evicted without any compensation in complete violation of  the Constitution” said the human rights lawyer.

An independent investigation by this publication uncovered that subsequent to the royal order to evict the residents that was communicated by the powerful Ludzidzini Royal Council, a separate order was issued through the Ministry of Public Works and Transport to remove women vendors and destroy their temporal structures by tomorrow(Monday 16th November 2020). The vendors were conducting business to earn a living along the high-way that connects Manzini and King Mswati III international airport, they were targeting motorists and tourists by selling traditional products, fruits and vegetables among others.

Efforts to reach Mathokoza Sikhondze, the Coordinator of the Coalition of Informal Traders Association proved unsuccessful at the time of compiling this report.

But the Swazi Observer, a newspaper owned by the King published a report suggesting that the vendors who might soon struggle to put food on the table were removed for their own safety.

On or around 14th November 2020, Khangeziwe Mabuza, the Principal Secretary in the Ministry of Public Works and Transport told the State owned newspaper that the evictions were meant to protect the lives of the vendors, she said selling fruits and vegetables along the road was a danger to them.

“We need to sharply correct the insinuation that the Ministry had said the stalls are a nuisance, we know them as means for survival for Emaswati but had become a danger to them, the road user and the client” said the Principal Secretary.

Reached for comments, Brain Sangweni, the Spokesperson of the People’s United Democratic Movement (PUDEMO) said as an organization they had always mentioned that royalty remains the source of the suffering of the people.

“This ruthless act against the poor who are only trying to make ends meet by a well off family in the country is an exhibition of the fact that the royal family does not care for anyone as it always claims  but itself. As long as the powers of the Monarch is of the current magnitude, Swazis should expect a lot of such nefarious acts that will not only result to loss of livelihoods but also to the end of their lives” said the PUDEMO Spokesperson.

Speaking to this publication on the subject matter, Cebile Dlamini, the Chairperson of the Swaziland Rural Women Assembly(SRWA) said the eviction of the women vendors will push them deeper into poverty.

“These women vendors were earning a living and now they are being removed but government is failing to provide alternative means for them to put food on the table, this is very wrong.” said the rural women Chairperson. 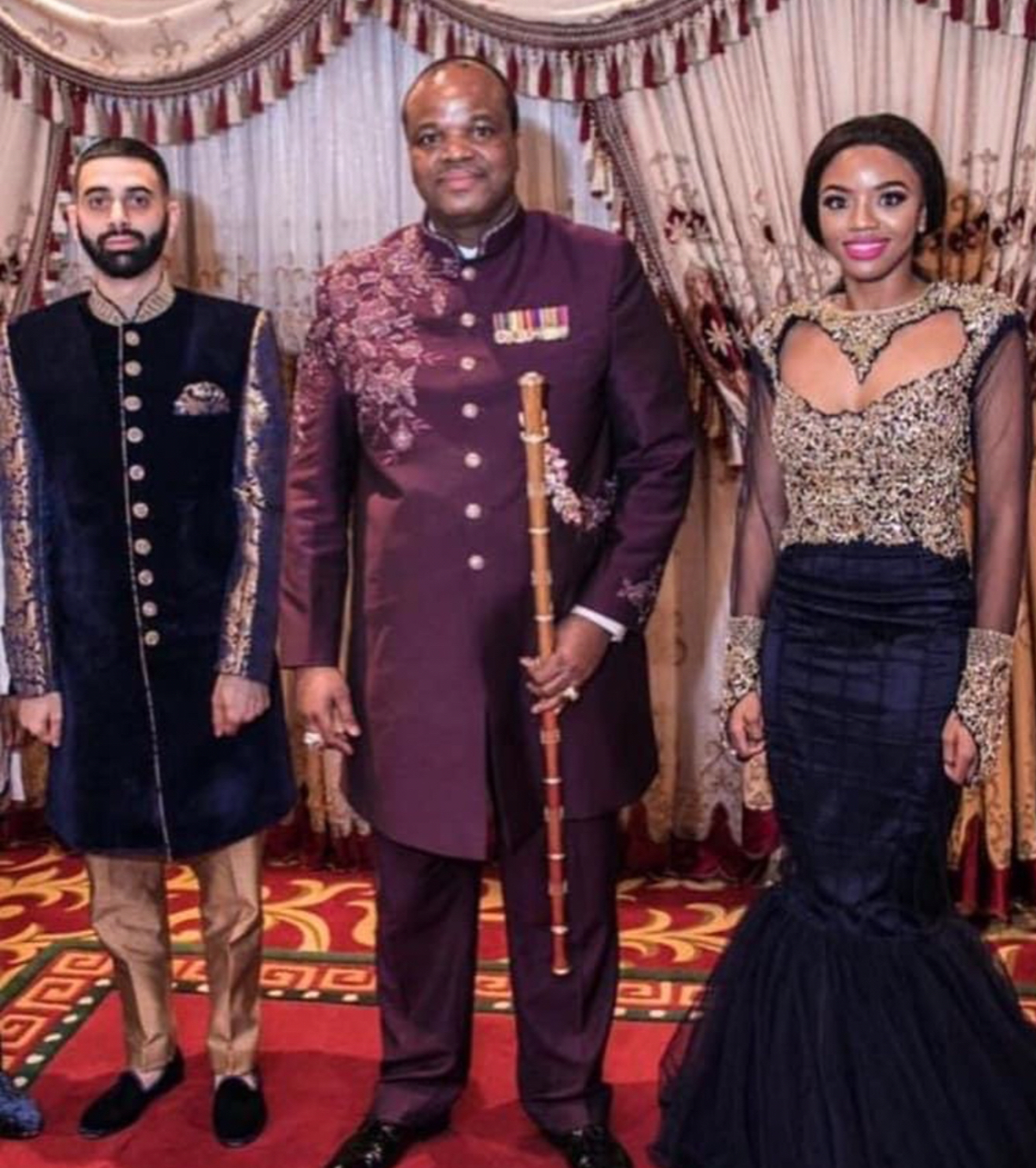 King Mswati , his daughter Princess Sibahle and her husband/