MBABANE: Senator Themba Masuku, the Deputy Prime Minister has urged Emaswati  to play their part and intensify the fight against Gender Based Violence(GBV).

Speaking during the 30th Anniversary of the Swaziland Action Group Against Abuse(SWAGAA), the DPM applauded the organisation for the remarkable work they did for the Nation in the fight against abuse particularly for it's significant role in working with the Government towards the enactment of the Sexual Offences and Domestic Violence(SODV) Act.

"This is an agenda you will personally make sure is achieved by playing your part in your little private spaces by saying; I will not be a bystander. I will not allow it to happen under my watch and I will contribute in ending GBV. We applaud SWAGAA for the remarkable work they have rendered in the country, largely for working with Government towards enactment of the SODV Act, the formulation of the SODV Regulations 2020 and translating them into Braille for accessibility by all" said the Deputy Prime Minister.

SWAGAA Director Nonhlanhla Dlamini said it was  exciting to celebrate SWAGAA's 30th Anniversary during the 16 Days of Activism Against GBV, campaign that seeks to intensify the fight against gender based violence.

Nathalie Ndongo-Seh, the United Nations Resident Coordinator said GBV had no boundaries and it remains a serious scourge across the world that undermines the health and security of the victims.

"GBV knows no boundaries; it is a serious scourge across the world that undermines the health, the security & the autonomy of its victims" she said . 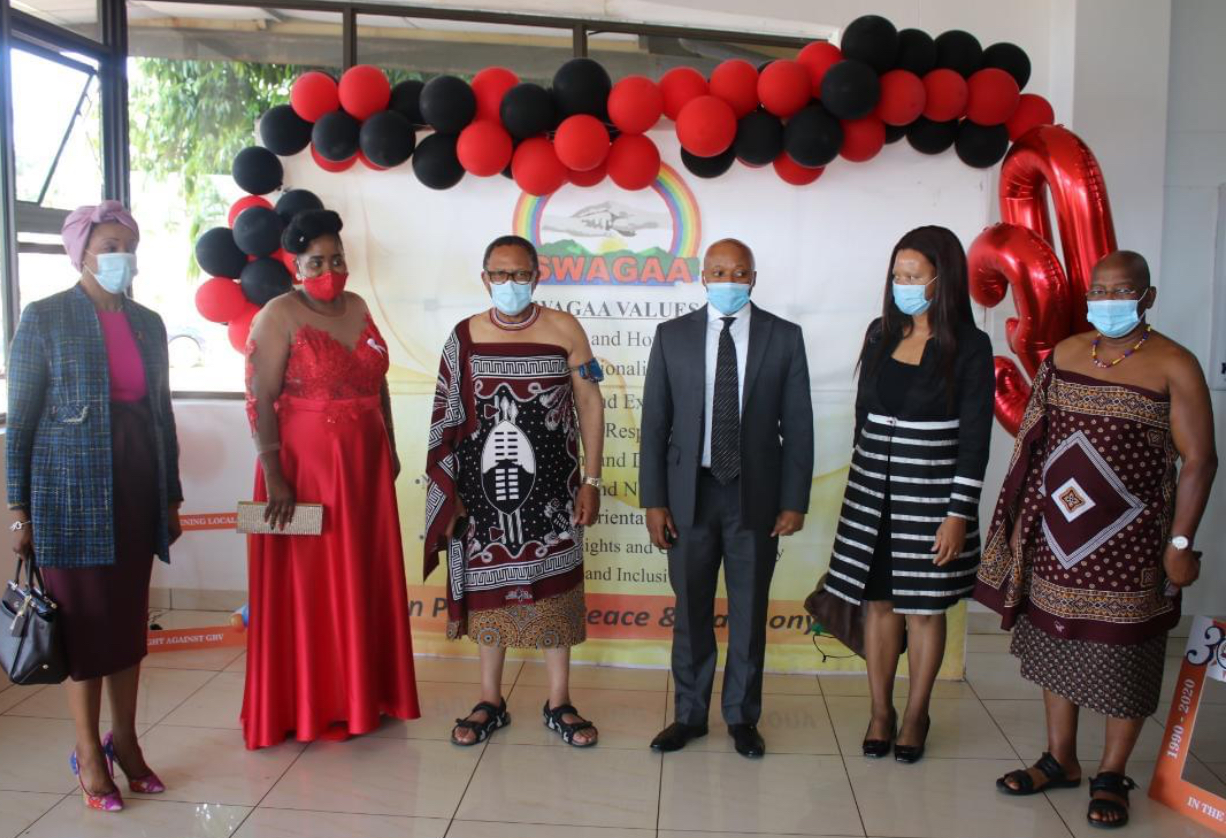