MATSAPHA: Jan Sithole, the President of the Swaziland Democratic Party (SWADEPA) and other leaders of the Political Parties Assembly(PPA) were detained today at the Sigodvweni Police Station.

Swazi Police Deputy Spokesperson Inspector Nosipho Mnguni confirmed the matter saying the PPA leaders were taken to the police station were they reminded that there was a court order stopping them from continuing with the protest march at the Matsapha Industrial Site.

“They were taken to the police station where they reminded of the court order that prevents them from continuing with the protest march,” she said

The PPA had organized a pro-democracy protest march that was expected to attract thousands of texile workers, however, it was stopped by the courts. But despite the court order, the police said the PPA leaders continued with the protest hence they were rounded by the police. The detained members included Jan Sithole, President of Swaziland Democratic Party (SWADEPA), Zodwa Mkhonta Vice President the Peoples United Democratic Party (PUDEMO,) and Sibongile Mazibuko, President of Ngwane National Liberation Congress.

I’ts true, three of the PPA leaders were detained by the police at Sigodwveni Police station, they were prevented from interacting with the other protesters. About 15 Police officers from the intelligence Unit forcefully grabbed three other protesters into their mini-bus which had South African registration” he said.

Sibongile Mazibuko, President of Ngwane National Liberation Congress (NNLC) said even though they were detained by the police they won’t be discouraged to push their political agenda.

“Thestruggle is continuing at the factories, detaining us might have made them to win the battle but we have won the war as we managed to address the textile workers” she said. 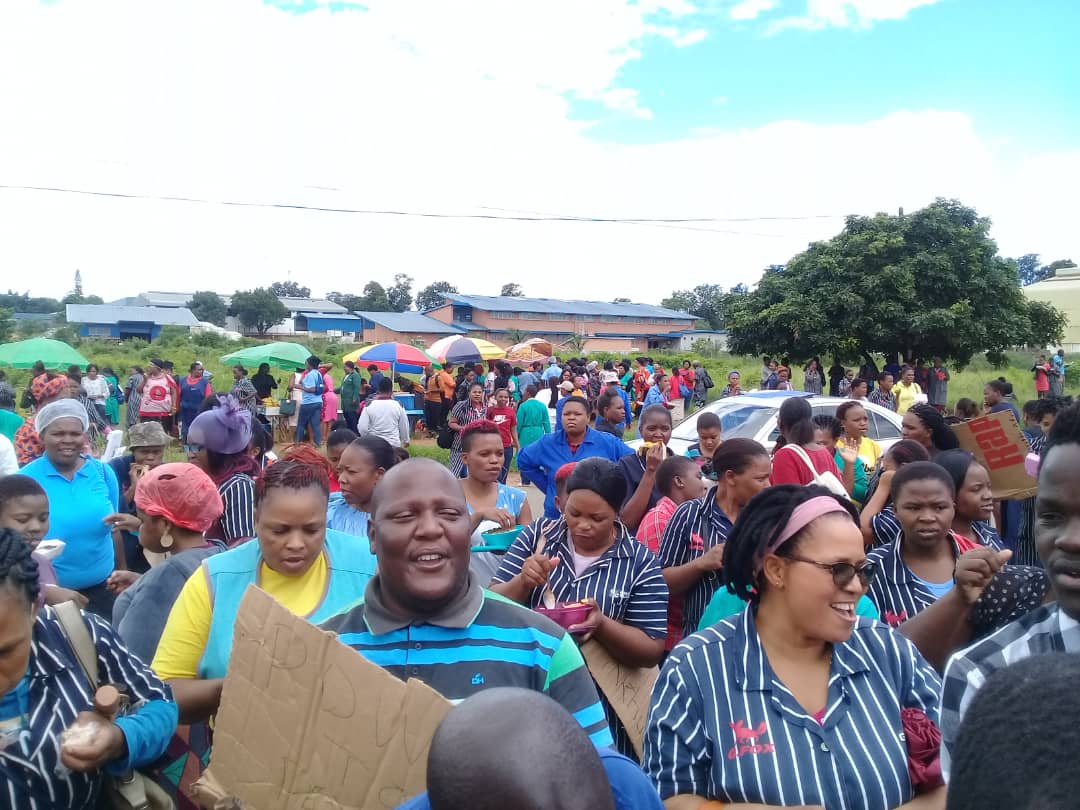