MBABANE: World Vision Director Francis Dube has been removed from his position after Swaziland News editor Zweli Martin Dlamini posted on his Facebook page calling upon the Board of Directors to investigate allegations of corruption against the National Director.

On or around 10th January 2021, the editor alleged that the World Vision Director was allegedly paying E20,000.00 per month to ‘suspended’ Swazi Observer Managing Editor Mbongeni Mbingo as a bribe, Dlamini's page is followed by over 50 000 Swazis and the international community.

“Zweli’s Facebook Page and the publication is followed internationally so shortly after he posted that the Director was bribing Mbingo, preliminary investigations were conducted and indeed a transaction paying Mbingo and other media personnel was discovered.He failed to justify the transactions when asked to do so and was immediately removed” ,said an insider.

World Vision Eswatini later published an advert inviting interested and qualified individuals to apply for the position of National Director.

Reached for comments ,editor Zweli Martin Dlamini said it was encouraging to see World Vision taking action against corruption by removing the Director.

“It was during an investigation into the financial transactions of Mbongeni Mbingo where we discovered that the World Vision Director allegedly used the organisation’s funds to pay the 'suspended'  Swazi Observer Managing Editor, Mbingo was receiving E20,000.00 per month. But it’s not only the World Vision Director, we are yet to expose other Chief Executive Officers(CEOs) who used their organisations' funds to bribe journalists. When we analyse the transactions, one can see that it’s not only Government’s censorship that is destroying the media but powerful people are bribing editors to block stories. Apart from these transactions, I have electronic evidence implicating the Director to sexual harassment of staff members, some were fired by the Director after they allegedly refused to sleep with him,  this must be investigated as well and counselling be provided to the employees”, said the editor.

When reached for comments the out-going World Vision Director asked to be called later. “Please call me later” , he said.

But another insider within World Vision alleged that an alternative was discussed to transfer the National Director to World Vision Malawi pending a full investigation into other allegations of alleged misconduct.

"One of the reasons to consider transferring him to Malawi is that we want to investigate and deal with the issues independently, the staff must be free to give evidence without being intimidated" said the insider. 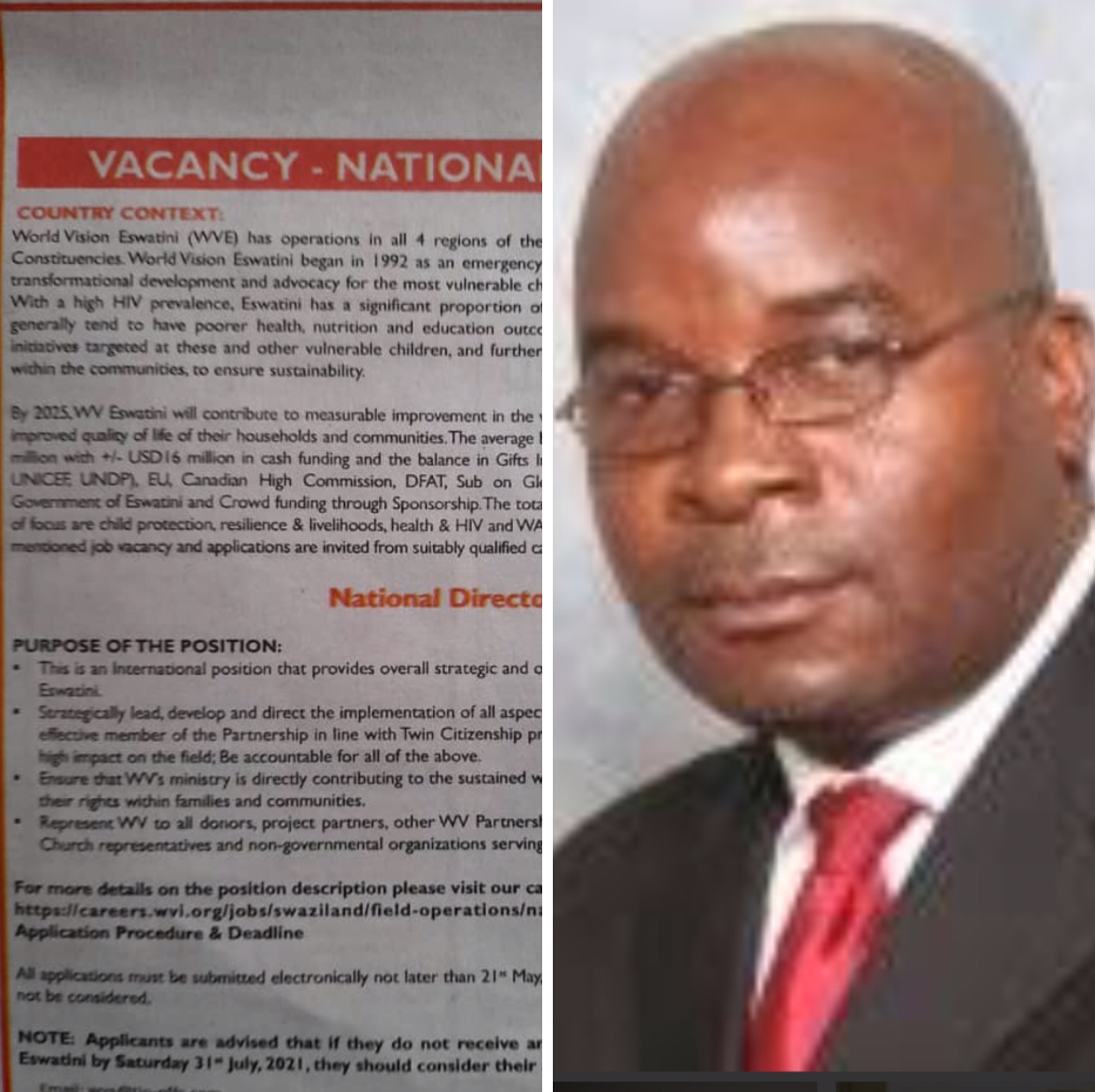