MBABANE: Superintendent Phindile Vilakati, the Eswatini police Spokesperson said University law student Thabani Nkomonye died in a car accident, she appealed for patience from members of the public as they conduct further investigation.

This comes after this Swaziland exclusively reported on Thursday that Nkomonye was allegedly killed by traffic police officers who subsequently towed his car to Sigodvweni Police Station while the body was subsequently dumped at Nhlambeni.

Students from the University of Eswatini(UNESWA) where Thabani was a law student are organising a march on 17th May 2020, demanding justice for Thabani after police failed to give a convincing explanation regarding the circumstances surrounding his death.

In a public statement released on Friday, Vilakati said traffic officers did arrived at the ‘accident’ scene on Saturday night and towed the car to Sigodvweni, however, they searched for the body and could not find the deceased.

“The car was coming from Manzini to Nhlambeni and it was involved in an accident, there were people who were at the scene and they tried to search for the driver to give him first aid but they could not find him. While the people at the scene were searching for him, police who were patrolling the area arrived and joined members of the public in searching for the driver but couldn’t find him. As usual, some people got involved in such accidents while running away from the police, it was suspected that the driver was also fleeing from the police. We then took the car to Matsapha Police Station and on Tuesday Thabani’s relative reported him missing at the Manzini Police Station and we published a notice declaring him a missing person. While we were looking for him, it then transpired that an accident occurred at Nhlambeni and the car that was  involved was at Matsapha Police Station, it was then when Manzini and Matsapha police stations corresponded and it was then suspected that it might be Thabani’s car who had been declared missing. We then instructed a team of officers with the assistance of other officers from the Correctional Services to assist in conducting another search and we found Thabani, unfortunately, he was already dead” said the Police Spokesperson.

An independent investigation by this Swaziland News uncovered that Thabani Nkomonye was allegedly shot and killed by traffic police officers on Saturday 08 May 2021 around 2100hrs at Nhlambeni along the Manzini- Nhlangano road, his car was then towed by the police and hidden at Sigodvweni Police Station on the same night while the body was dumped at or near the Happy Valley bus stop.

Reached for comments by this Swaziland News, Thabani’s uncle Sakhile Dlamini who was speaking on behalf of the family said they were shocked to learn that police went as far as inviting members of the public to assist with information to locate their son and when his car was hidden at Sigodvweni Police Station.

“We were shocked after discovering that the car was towed and hidden at Sigodvweni Police Station on Saturday night and when you look at the date and time when the statement was recorded, it shows he was killed on that night and dumped at Nhlambeni. How can the police invite the public to assist in locating Thabani when his  car  was at Sigodvweni Police Station with bullet holes and to make matters worse they claimed to have searched for the body and didn’t find him. But when we conducted our own search, we found the body of our son dumped at Nhlambeni almost in a decomposed state. We are at pain on what befell us, all along we have been thinking police were people we can run to for help but now we have first hand information of what they did to us”, he said. 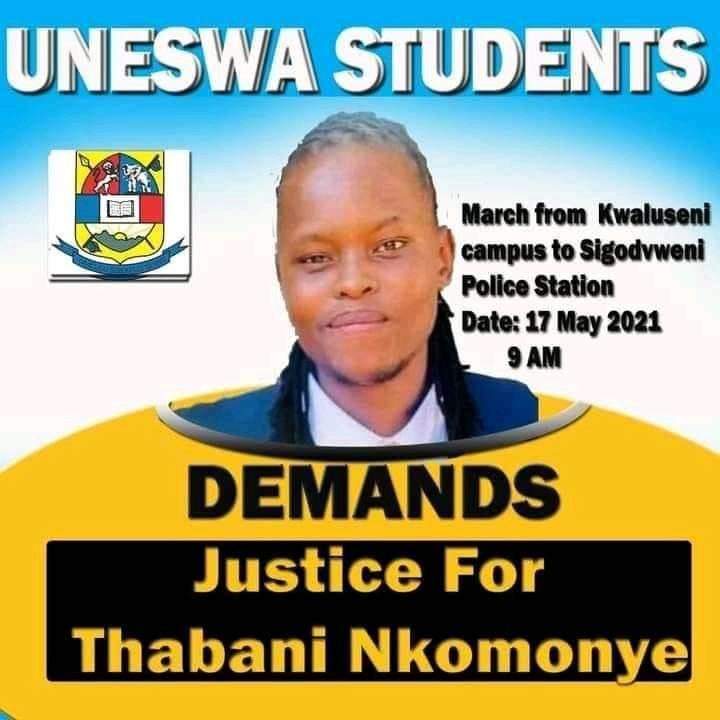