MBABANE: Thomas Churchyard,the Executive Director of Kwakha Indvodza, a male mentoring organization said they were now allies with women rights organisations in the fight against Gender Based Violence.

This comes after a widely circulated video where Solanis Shisanyama Director, Chester Nxumalo is seen assaulting a woman suspected to be his girlfriend. Women rights organisations subsequently organised a protest march on Thursday to demand the arrest of the Director and the boycott of his business.

Speaking during the protest outside Solanis Shisanyama at Msunduza, the Kwakha Indvodza Executive Director  pledged his support in the fight against gender based violence.

"As we protest against one man, I would like to reaffirm and reassure you that there are many men with you who are willing to see a different Eswatini in the future. It's not a fight that will just go away and see change tomorrow, but  we will  do it today, tomorrow and the next day up to a point where role models and people who the society looks up to, just like the man who committed that atrocity in there  are brought to justice when they do something that influences  other people to follow  in their footsteps", he said.

Nonhlanhla Dlamini, the Spokesperson of Liphimbo LaboMake said Gender Based Violence was common in the country and it was becoming fashionable.

"It seems like Gender Based Violence is now fashionable these days, despite that we have the newly enacted  Sexual Offences and Domestic Violence ( SODV) Act . A Magistrate abused his wife and further got a promotion,  there is a serial rapist Prince  whom we even reported to the Chief Justice but nothing has been done to him.We want this Chester to be arrested and charged, we will once again seek audience with the National Commissioner of Police and the Director of Public Prosecutions ( DPP) so that all these criminals are brought to justice", said the Spokesperson.

Emmanuel Ndlangamandla the  Director of the Coordinating Assembly for Non Governmental Organisations (CANGO)  called for the arrest of all perpetrators of Gender Based Violence regardless of one's financial status.

"We call for the Police to arrest the perpetrators, there should be  equality before the law regardless of one's financial status. The law  seems to be selective since  the rich and powerful are not arrested in the  country", said the CANGO Director.

Organisations that participated in the protest march include One Billion Rising, The Swaziland Action Group Against Abuse (SWAGAA) and Swaziland Rural Women Assembly  (SRWA) among others. 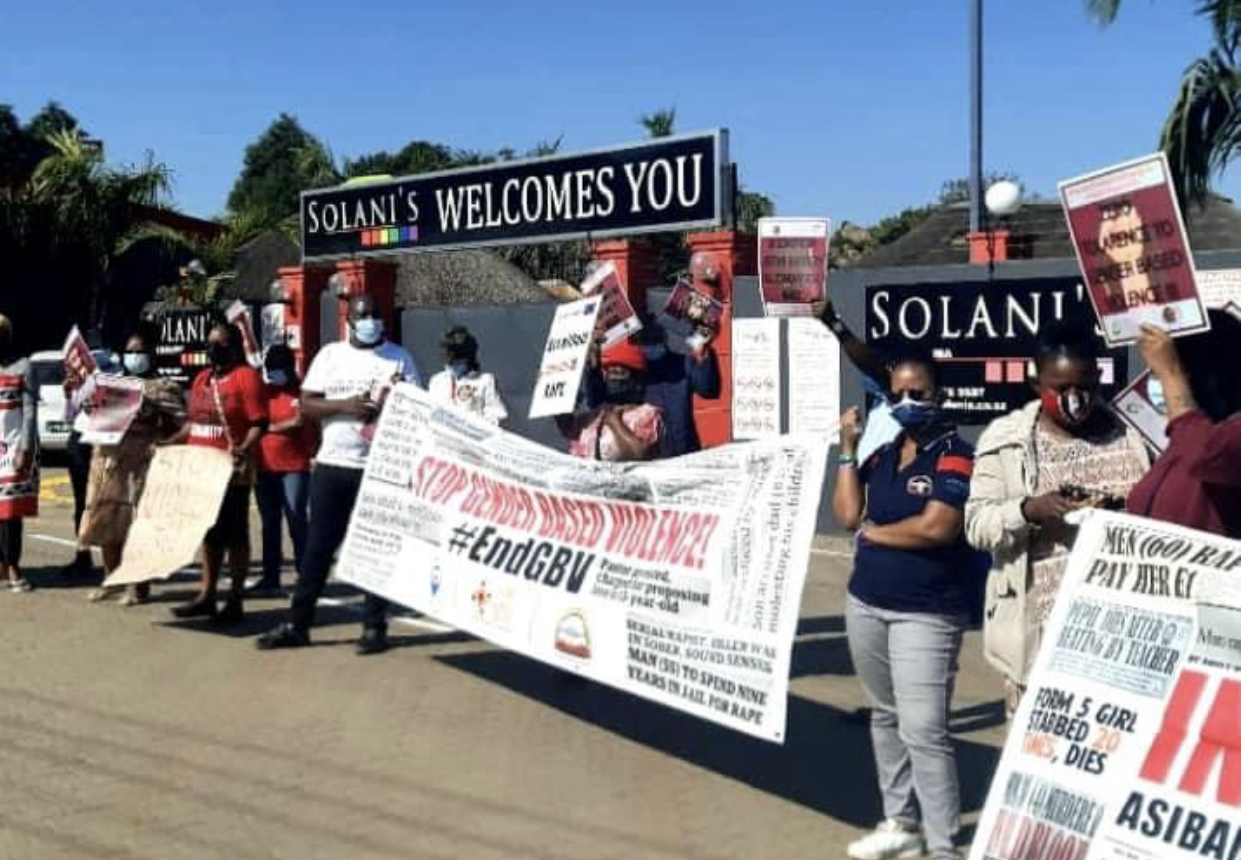 Protest against GBV at Solanis Mbabane