LOBAMBA: Statements made by King Mswati's brother Major General Prince Simelane who urged soldiers and the police to fight fire with fire during protest actions triggered more tension, students marched to Parliament on Wednesday demanding justice for Thabani Nkomonye and the arrest of the Prince among others.

Prince Simelane is the Minister of Housing and Urban Development who spoke in Parliament declaring war against protesting citizens who are demanding democratic reforms and an end to police brutality.

When delivering the petition on behalf of the students, Colani Maseko, the President of the Swaziland National Union of Students(SNUS) further demanded that Sigwe MP David Cruiser Ngcamphalala who doubles as the Minister of Tinkhundla and Administration apologise for 'insulting' the youth, the Minister had urged MPs not to entertain the youth saying young people don't vote and decide outcomes of elections

“We demand a formal apology from Sigwe Inkhundla Member of Parliament (MP)  for insulting the youth and students or the house must suspend him. Prince Simelane should be charged for his seditious statements and the Ministry of Sports, Culture and Youth Affairs should be dissolved within 24 hours We support the call for democracy as a matter of urgency, we want the people’s government and not this stokvel of one man”, reads the petition in part.

As reported by this Swaziland News, Thabani Nkomonye was allegedly killed by the police, his body was dumped at Nhlambeni, while his car was found hidden at Matsapha police Station with bullet a bullet hole. 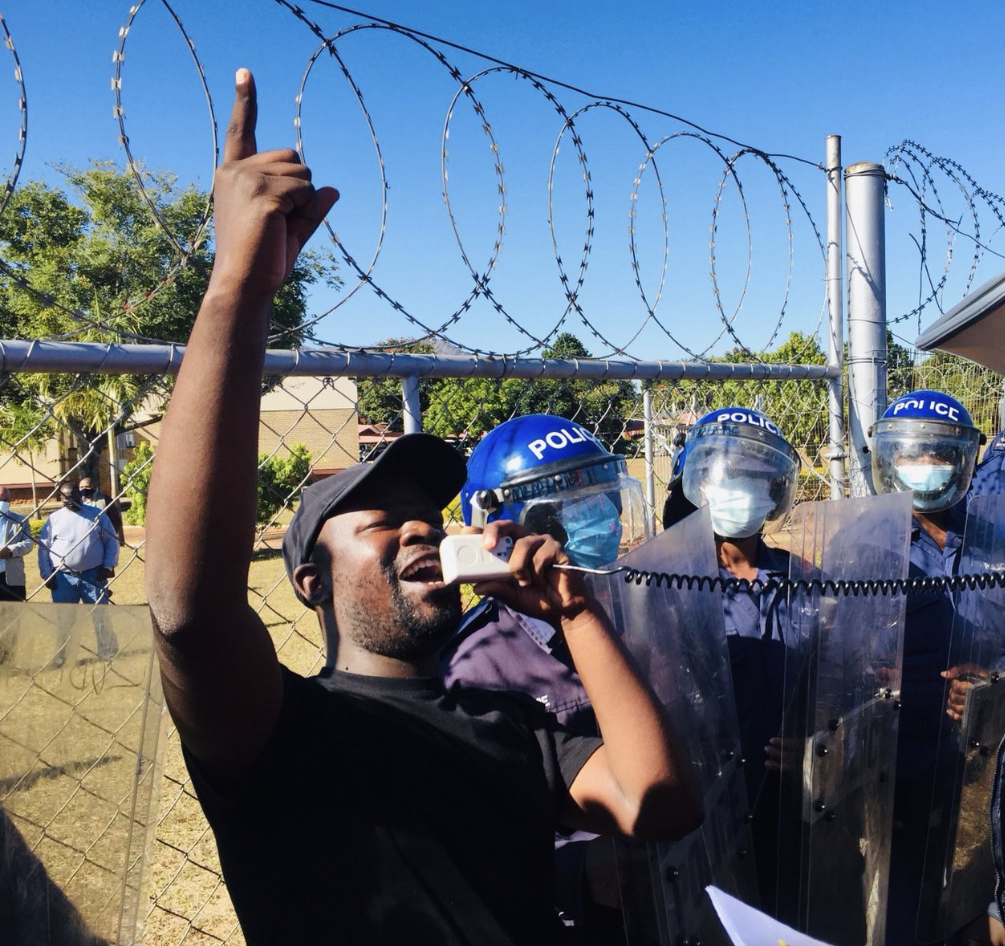