MBABANE:The Swaziland Action Group Against Abuse(SWAGAA) will march to the offices of National Commissioner of Police William Dlamini on Wednesday, demanding the arrest of alleged royal serial rapist Prince Sicelo.

This comes after this Swaziland News reported that Prince Sicelo allegedly raped another young woman at Ezulwini, he was earlier accused of raping a University student and the case as allegedly sabotaged by Senior Superintendent Clement Sihlongonyane.

Reached for comments, Sakhile Dlamini,the  Communications and Advocacy Officer for SWAGAA confirmed the protest, she said this was actually a demonstration meant to send their disappointments towards the law enforcement agency for failing to arrest alleged perpetrators of Gender Based Violence(GBV). She made an example about the case of the Prince who stands accused of raping a University Student, but the police failed to arrest him despite  the fact that evidence was collected.

“We have seen the law enforcement agency failing to arrest perpetrators even those who handed themselves to the police. Another case that we will highlight during the demonstration is that of the Prince who stands accused of raping a University Student, everything was done including the collection of evidence but the police failed to arrest him. Now he is accused of raping another woman and the possibility is high that there are many women who were raped and later silenced. We want the justice system to take action against perpetrators of Gender Based Violence(GBV)” ,she said.

SWAGAA was among other women rights organisations  and activists who demonstrated at Solanis in Mbabane after its owner Chester Nxumalo allegedly assaulted a woman believed to be his girlfriend.

Prince Sicelo was recently quoted by the Times denying that he raped the young woman at Ezulwini in the latest alleged rape case that was also sabotaged by the police.

A questionnaire was sent to Superintendent Phindile Vilakati, the eSwatini Police Spokesperson, however, she had not responded at the time of compiling this report.

ESwatini, a tiny Kingdom situated in Southern Africa is facing growing cases of Gender Based Violence, the law enforcement agency has been blamed for failing to arrest perpetrators.

Reached for comments, Lucky Lukhele, the Spokesperson of the Swaziland Solidarity Network(SSN) urged citizens to raise a voice against the alleged royal serial rapist adding that the Prince was now dangerous to all women including his own children. 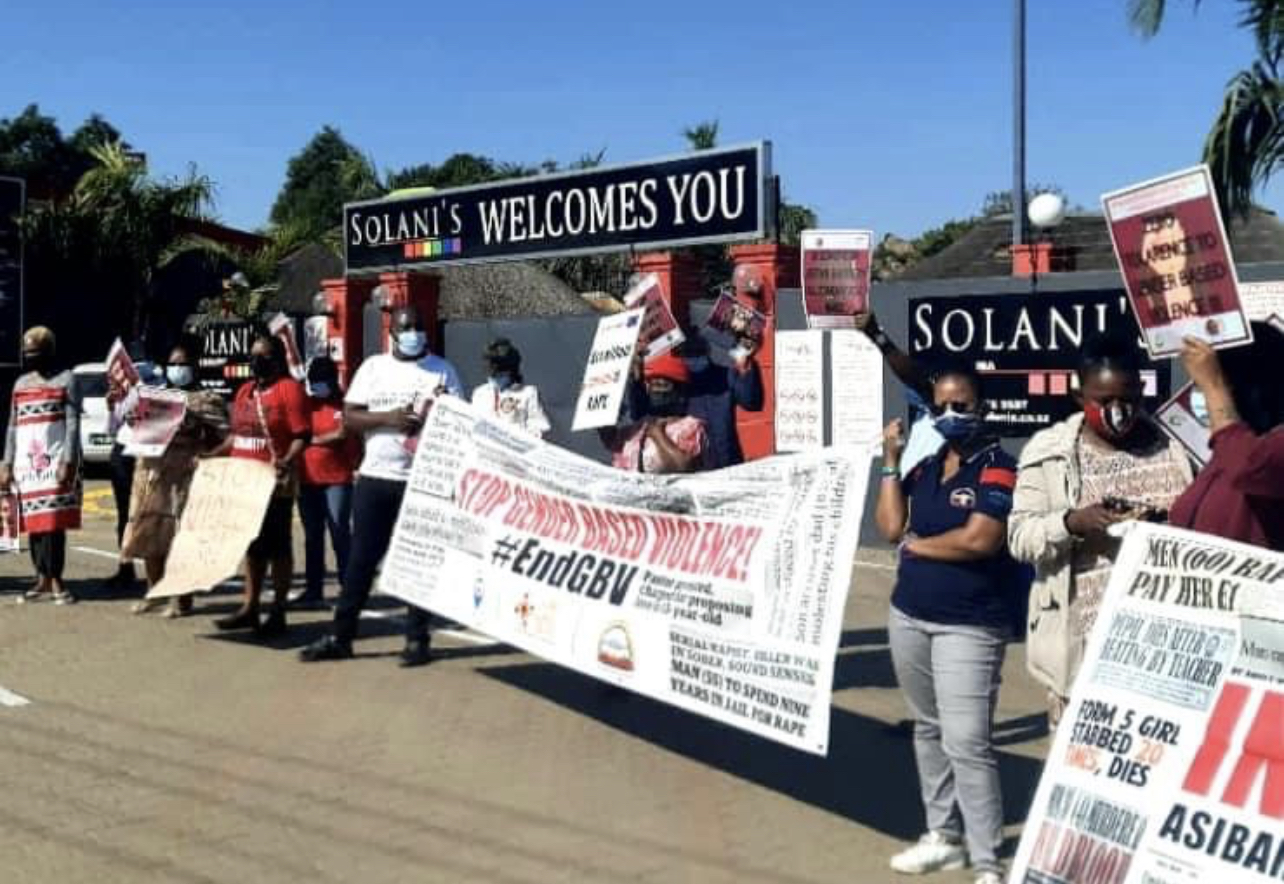 SWAGAA joined by other organisation in a march against GBV