MBABANE: The Swaziland Action Group Against Abuse (SWAGAA) alongside other civil society organisations have delivered a petition to the National Commissioner of Police demanding the arrest of alleged royal serial rapist Prince Sicelo and others.

“The law must demonstrate prevention and protection of all persons as provided in the Sexual Offences and Domestic Violence (SODV) Act 2018.  However, the greatest concern is that there appears to be partiality on how, when and to whom the law applies, which then renders it ineffective and counteracts our effort both as civil society and the law enforcement agency of upholding the law as a tool of protection and correction”, reads the petition in part.

Speaking to this Swaziland News, Sakhile Dlamini, the Communications and Advocacy Officer for SWAGAA said they were demanding swift action from the Director of Public Prosecutions (DPP) and the National Commissioner of Police.

“We are requesting a meeting with DDP and the National Commissioner of Police, so we can talk about these ever rising cases of Gender Based Violence (GBV). We are also demanding the arrest of Prince Sicelo, Senior Magistrate Phathaphatha Mdluli and the Solanis Director Chester Nxumalo since the evidence is already available. We want the DDP and the National Commissioner to give us clear timelines as to when each case would be finalised, we want to avoid a situation whereby these cases would vanish into thin air”, she said.

Colani, Hlatjwako, the  One Billion Rising Africa Coordinator thanked SWAAGA for organising the march and all other  organisations that showed up on the day to give support. This included the  Swaziland Rural Women Assembly ( SRWA) , the Swaziland National Union of Students (SNUS) and  the Ngwane National Liberatory Congress (NNLC) among others. 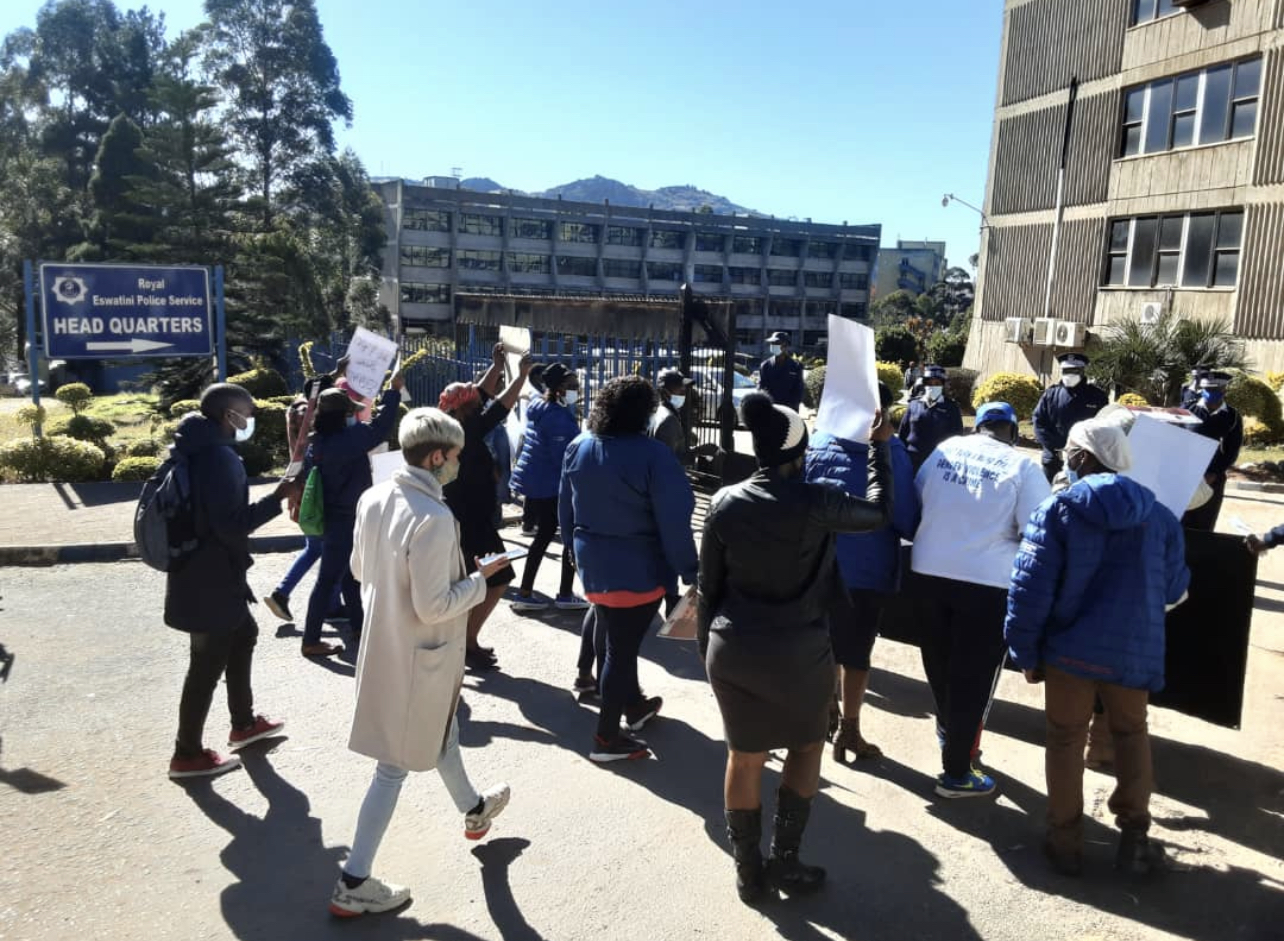