EZULWINI: At around 18:00 hours on Thursday there was no visibility of members of the Umbutfo Eswatini Defense Force(UEDF) at Ezulwini and other areas surrounding the US Embassy after the deployment of Marines.

It has been disclosed that soldiers are now terrorising unarmed citizens in the rural areas in the midst of tensions after King Mswati issued a decree banning all pro-democracy protests and delivery of petitions triggering political chaos.

The deployment of the US Marines comes after the King’s soldiers shot US diplomats with impunity in complete violation of the Vienna Convention on Diplomatic Relations and shortly after the office of the Ambassador released a statement confirming that on 01 July 2021, shots were fired at an Embassy vehicle, the matter is now a subject of engagements between the US Embassy and the Ministry of Foreign Affairs.

It has been reported that  after the shooting of the diplomats' car and in the midst of the ongoing political crisis in eSwatini, the US decided to strengthen security within its Embassy at Ezulwini.

Questions were sent to Tengetile Khumalo, the Spokesperson of the Umbutfo Eswatini Defense Force(UEDF), however, she had not responded at the time of compiling this report.

On Thursday, the Marine Times reported that a team of 13 Marines have been sent to the US Embassy to beef up security as pro-democracy protests turned violent. Evidence in our possession sourced from Nokwane Army Headquarters where the Army Commander was discussing the issue with other security officers within the State security agency suggests the the Army Commander wants the diplomats to comply with the King's orders and respect the curfew.

“If they continue moving around after 6:00pm, breaking laws, we will regard them as suspects”, said the Army Commander in a piece of classified evidence.

The Army Commander did not respond to a text message where he was asked to respond as to why the soldiers shot the US diplomats, however, he previously told this Swaziland News that he does not discuss security issues with anyone outside the State security agency.

"I don’t talk about national security matters with anybody who doesn’t belong to the security forces, ask those who told you about it” ,said the Army Commander when responding to a question from the editor. 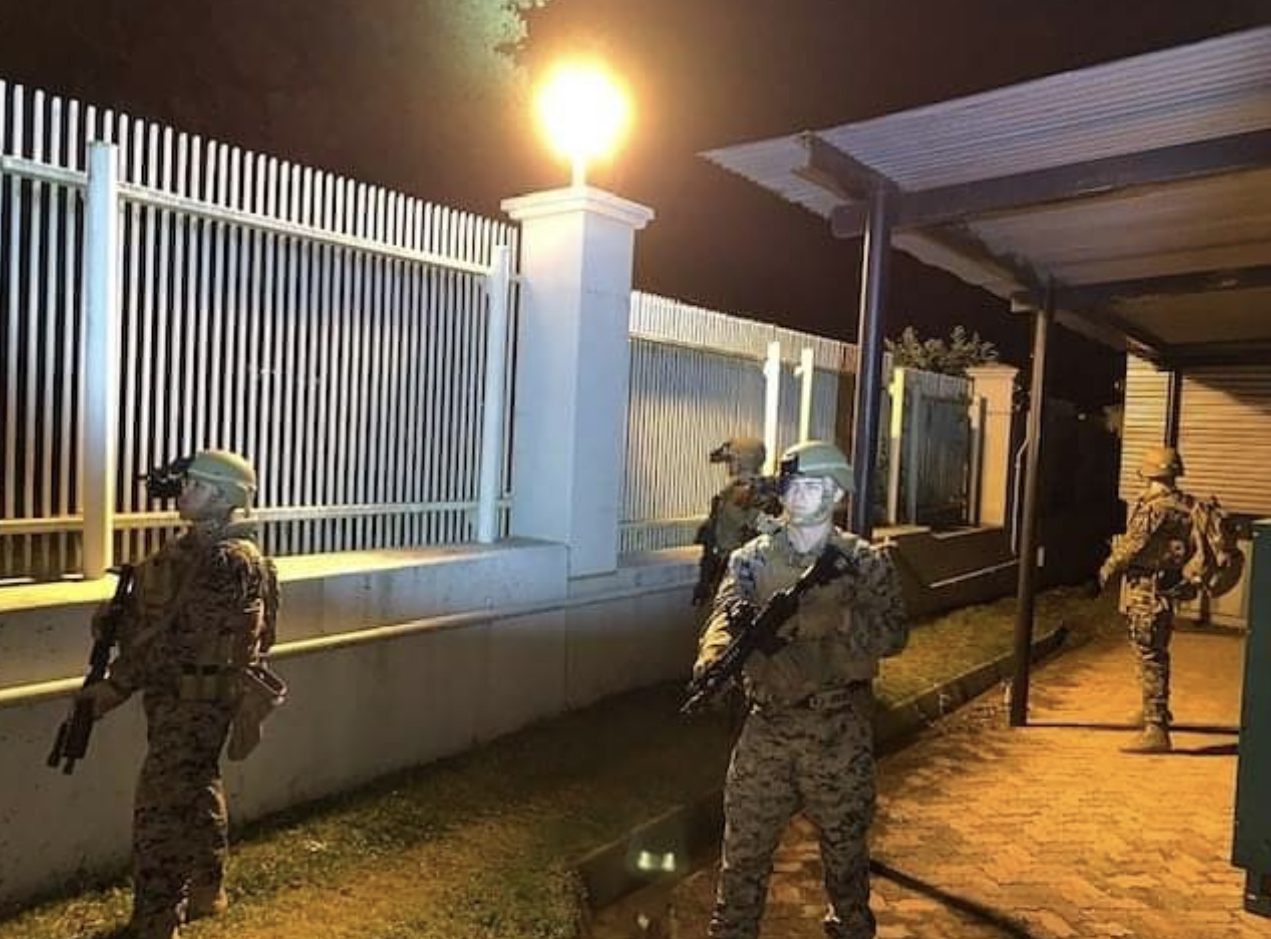 Marines deployed at the US Embassy Eswatini