LOBAMBA: King Mswati allegedly manipulated the judiciary and the police once again to prevent a Parliament motion meant to oust him from politics.

This was revealed by arrested pro-democracy Member of Parliament(MP) Mduduzi Bacede Mabuza when addressing the media in court on Monday.

Mabuza who was arrested on Sunday together with MP Mthandeni Dube was charged with terrorism under the Suppression of Terrorism Act 2008, a law that has been used against those calling for democracy in eSwatini.

“There’s a motion that was supposed to be debated in Parliament and I am the one who is pushing it. That motion states clearly that the King must stay away from Parliament and politics, we want freedom for the Swazis. So this arrest was strategically meant to prevent the motion that seeks to oust the King from politics”, said the MP.

Government Spokesperson Sabelo Dlamini had not responded to our questions at the time of compiling this report.

Political tension is escalating in this tiny Kingdom of eSwatini after the King ordered the arrest of pro-democracy MPs.

King Mswati is an absolute Monarch with Executive, Judicial and Legislative powers. He appoints the Prime Minister, Ministers, a majority of Senators, Judges and members of the various Governing Councils.

MPs, political activists, independent journalists and human rights defenders who are critical of the King and his Government face persecution. 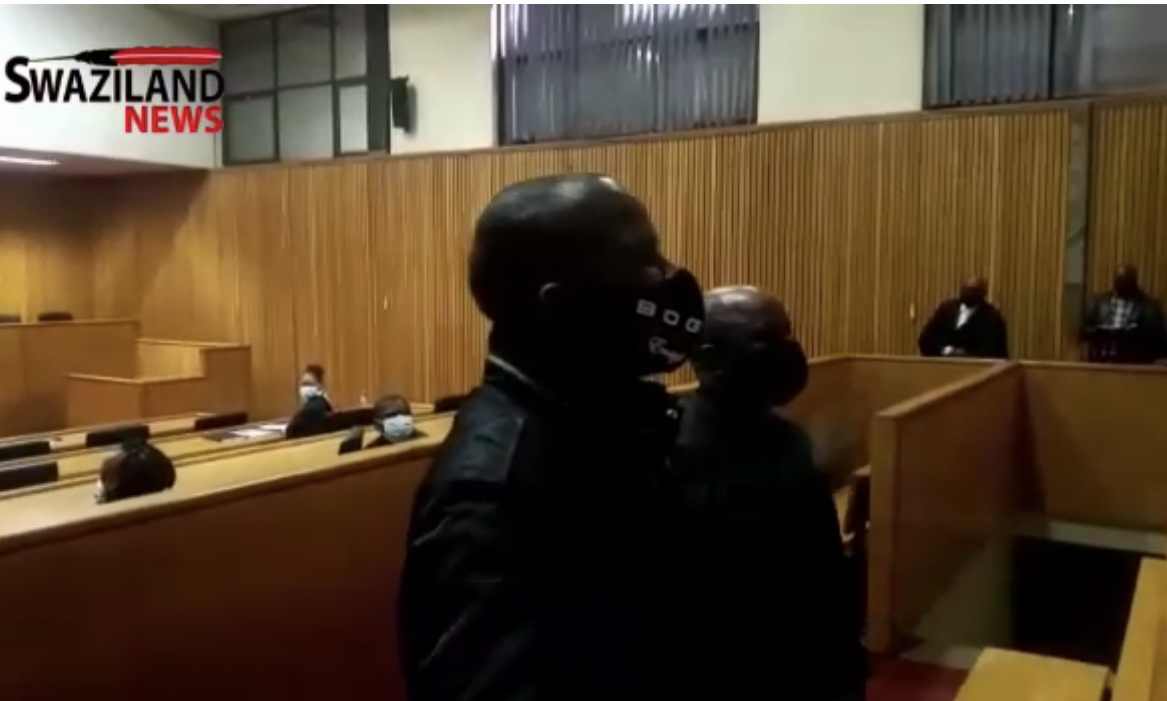 MP Bacede Mabuza addressing the media during his court appearance.