LAVUMISA: Mlungisi Makhanya, the President of the People’s United Democratic Movement(PUDEMO) has urged South Africans to continue standing in solidarity with the people of eSwatini by boycotting products from companies linked to King Mswati.

Speaking during a blockade at Lavumisa Border Post on Thursday,  the PUDEMO President said the solidarity must now go beyond blockades and intensify into the boycott of products from companies linked to royalty adding that this would hit Mswati where it matters most.

“Let us hit Mswati where it matters the most. Comrades when you buy sugar in any South African shop that is packaged under no name or written SPAR, Pick and Pay or Shoprite, you must know that is Swazi sugar and that money goes directly to Mswati’s pocket,” said the PUDEMO President.

Other political leaders who were part of the protests that targeted three border gates include SNAT President Mbongwa Dlamini, CPS National Chairperson Zweli Sibandze and COSATU General General Bheki Ntjalintjali among others.

Government Spokesperson Sabelo Dlamini had not responded at the time of compiling this report.On another note, Quinton Dlamini, the President of the Trade Union Congress of Swaziland(TUCOSWA) when addressing the protesters at the border highlighted how the then King Sobhuza staged a coup against the people through the 1973 Decree.

“He assumed the Judicial Executive and Legislative powers, even Mswati is telling us today that everything in eSwatini belongs to him,” said the TUCOSWA President. 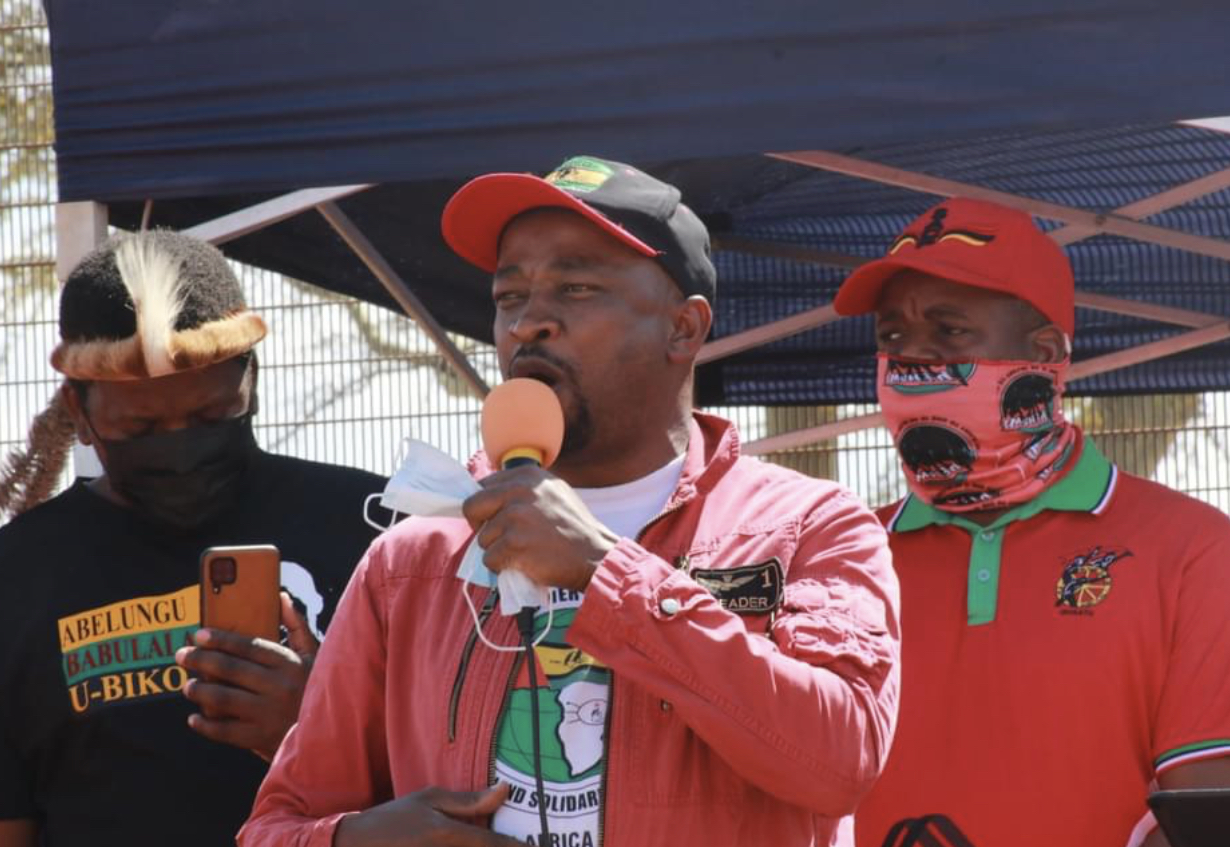