MBABANE: King Mswati’s picture was on Thursday removed from the wall and subsequently destroyed by University of Eswatini students who wanted him removed from power.

This comes after an announcement by Colani Maseko, the President of the Swaziland National Union of Students(SNUS) who warned all Universities in the country to remove Mswati’s pictures from the walls saying the youth particularly students doesn’t recognize him as the Head of State.

Mswati rules eSwatini as an absolute Monarch with Executive, Judicial and Legislative powers, political parties are banned from participating in elections, soldiers and the police are unleashed to shoot and kill protesting civilians.

Speaking to this Swaziland News on Thursday, the Students Union President confirmed that the pictures of the King were removed during the commemoration of the Black Wednesday.

“As the President of the students I told them that no country was ever liberated without the participation of young people. The students then took a resolution to remove Mswati’s pictures from the walls as per an earlier announcement and they asked me to lead them as we  go around the University removing anything written ‘Mswati’. Batsi abasamfuni umgcilati loba-deny scholarship lobulale imfundvo, lonciphise ema-allowance, wabulala temphilo, sikhuluma bo-gogo abaholi.(meaning: the students want the dictator who denied them scholarships, reduced allowances, destroyed the health system and who is failing to pay the elderly ousted). The only person whose picture will be placed on the walls without any disturbance is a democratically elected President”, he said.

Reached for comments, Dr Salebona Simelane, the Registrar of the University of Eswatini(UNESWA) said he saw the student toyi-toying but was not aware if there was any damage.

“I will have to check if there was any damage”, he said.

King Mswati is facing political pressure from the citizens including the youth who are demanding democratic reforms, he responded by unleashing soldiers to shoot and kill civilians. 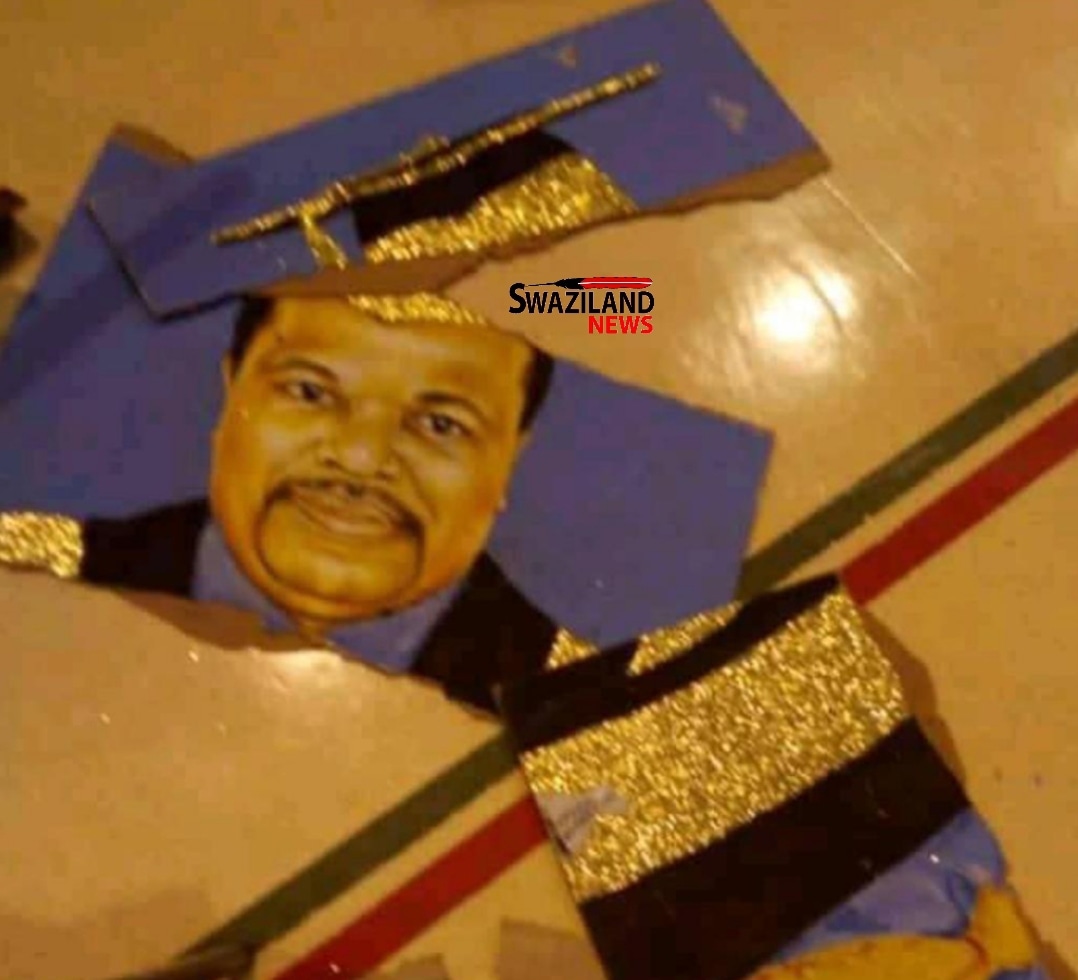