MBABANE: Makhosi Vilakati, the Minister of Labour and Social Security said University students contributed to scholarship payment mess by providing the Ministry with bank accounts that were not active.

Speaking to this Swaziland News, the Minister said these students who are now boycotting classes actually did not receive their monthly allowances after it transpired that their bank accounts were non-functional hence the payment had to start afresh.

“We paid them with cheques before and some of them decided to cash the money instead of depositing into their bank accounts. This then forced the banks to close those accounts as they were not active and now they are blaming the Ministry. When we processed the payments this month, banks said the accounts we submitted were closed hence we had to start the process again” the Minister said.

The Minister’s sentiments comes after a student from the Southern African Nazarene University(SANU) in Manzini was shot by the police during a boycott. The students were protesting against government failure to pay them their monthly allowances.

The Swazi Observer reported that three students were arrested yesterday after the riot erupted within the University. The newspaper interviewed Phephile Sifundza, the student who was shot, in her hospital bed.

“In a moment, I was on the ground and I realized that I was hurt. I tried to call out for help but everyone was running around” the student was quoted by the newspaper. 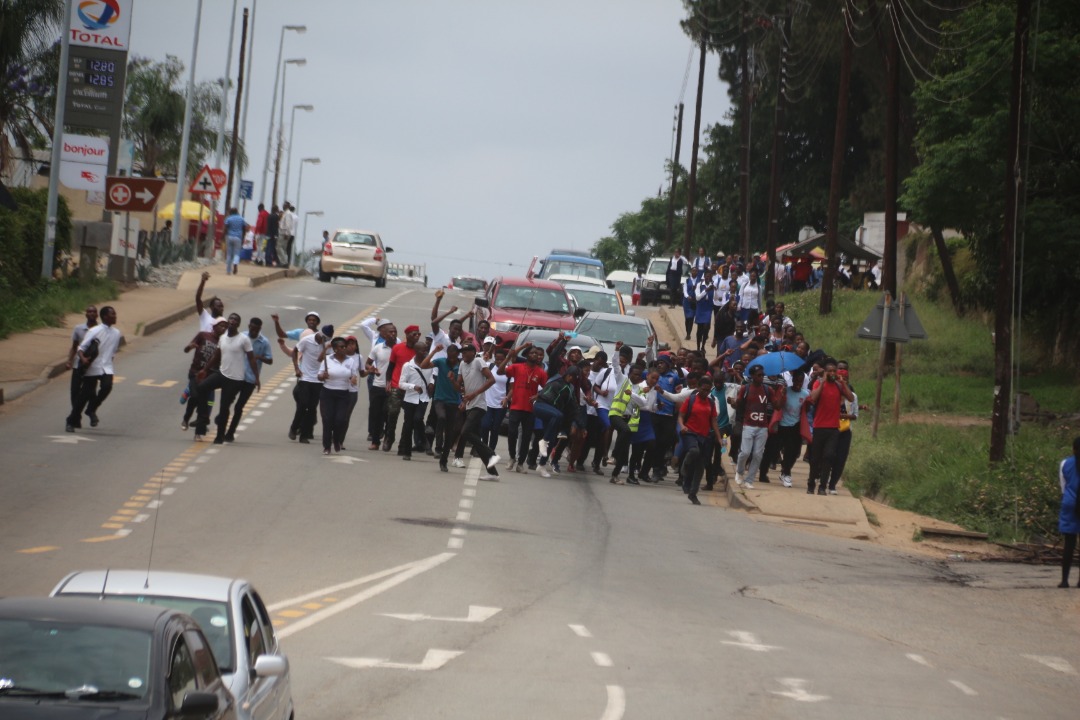 SANU students protesting in Manzini after government failed to pay their allowances.