MBABANE:Kwaluseni Member of Parliament(MP) Sibusiso Mabhanisi Dlamini is among the witnesses to testify against incarcerated pro-democracy MPs Bacede Mabuza and Mthandeni Dube.

Dlamini, a supporter of King Mswati signed a statement with the police and is expected to nail his incarcerated colleagues. In the statement, Dlamini alleged that he was insulted by a group of people who had come to deliver a petition at Kwaluseni Inkhundla, however, he did not mention how that was linked to the incarcerated MPs.

“While were receiving the petition, I was subject(sic) to abuse by the petitioners”, said the MP.

The Kwaluseni MP then claimed Wandile Dludlu threatened to bomb his home if he didn't respond to their petition.

“There was a threat that my home would bombed if I don’t respond to their petition. All was said by Wandile Dludlu”, reads the statement signed by the MP.

Reached for comments, Wandile Dludlu laughed-off the statement by the MP saying it was a desperate measure by the MP to cover-up his failures and the injustices by the regime he supported. 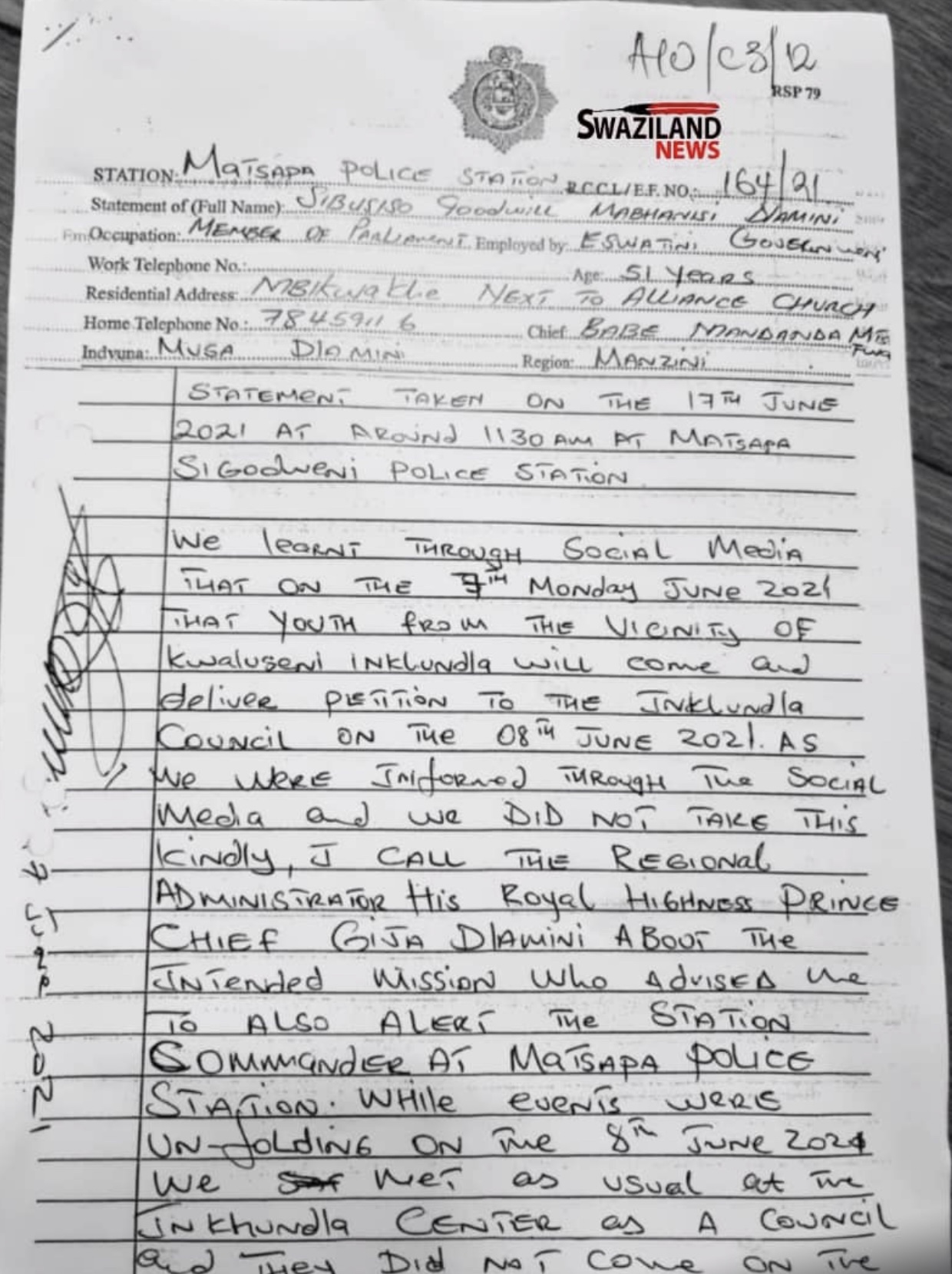