MBABANE: Sakhile Shabangu, the Communications Manager of Kwakha Indvodza has urged the police to consider availing themselves for consistent trainings on Gender Based Violence(GBV) laws.

Kwakha Indvodza is an organization established to among others, educate men to become citizens who respect women and treat them as equal citizen without any discrimination.

Speaking on Friday during a march against police sexual harassment organised by the Swaziland Action Group Against Abuse (SWAGAA) at the Mbabane Swazi Plaza, the Communications Manager said the police needed to understand the law in their fight against Gender Based Violence.

“As men, we have a role to play in fighting Gender Based Violence, the police should understand the law and  if they don't understand it, they must come to take lessons from us”, he said. 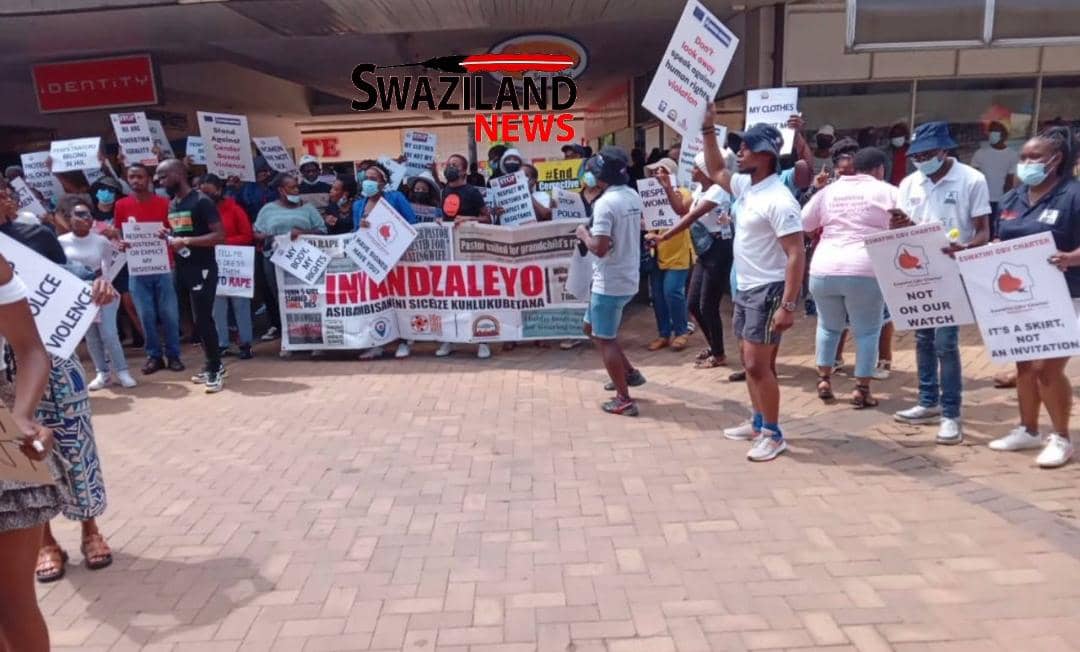 Protesters against police sexual harassment at the Swazi Plaza on Friday