Students Union Deputy President says women must be allowed to wear clothes of their choice and walk freely in towns.

MBABANE: Philile Mavuso, the Deputy President of the Swaziland National Union of Students (SNUS) says they can't allow police officers to dictate to women on how to dress.

Speaking to this Swaziland News on Friday during a march organized by the Swaziland Action Group Against Abuse (SWAGAA) in protest against police sexual harassment, the SNUS leader said young women in this country should be able to walk freely and comfortably in town.

"We condemn such barbaric act from the police officers and we want to ask all young women to wear whatever they want and walk freely in all towns of Swaziland. The police should educate themselves on the Sexual  Domestic Violence (SODV) Act so that they can stop embarrassing themselves in this way," she said.

On Friday, the Swaziland Action Group Against Abuse (SWAGAA) organised a march to the Mbabane Police Station to protest against the harassment of women  by the police, this is after a woman was allegedly harassed by the police for wearing a short jump suit in the mall. 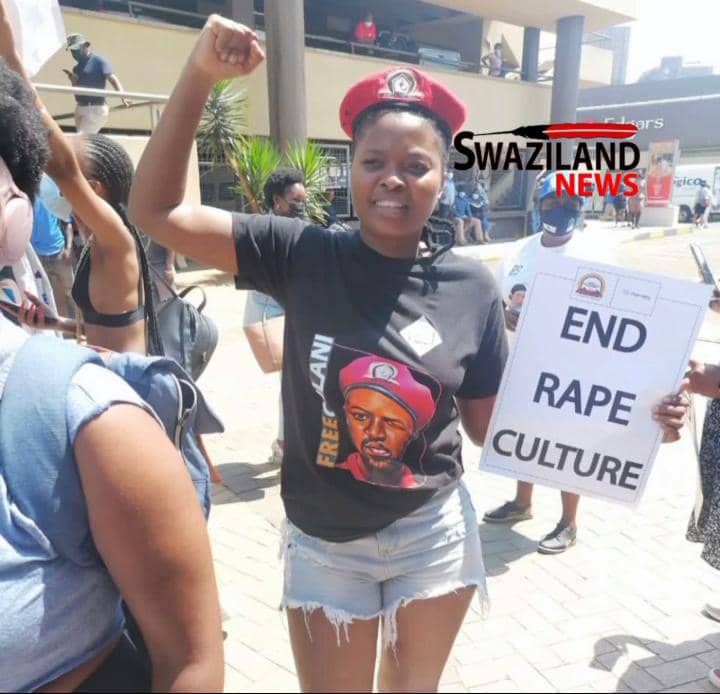