In a memorandum sent to the graduates on Wednesday, Dr Faith Mlotsa- Mngomezulu, the University's Vice Chancellor  said the graduation event would be held on the 1st April, without parents and guardians.

“Graduands are informed that due to the prevailing COVID-19 situation and National protocols thereto,the Graduation event will be of low key with limited invitees hence only Graduands will attend the event,”reads the memorandum in  part.

Reached for comments, Colani Maseko,  the President of the Swaziland National Union of Students (SNUS) said the graduation ceremony would not  go ahead without the students parents or guardians.

"If the management of SANU won't refrain from this madness they would rather cancel the graduation ceremony and handover the certificates to graduates or else the graduates will force their way into the venue with their parents,”he said.

Reached for comments, Bongani Ndwandwe,the Registrar of the University said he could not disclose much as they were still preparing for the graduation ceremony.

"I can't say much my sister except that we are still preparing for the ceremony and it's a process,”said the Registrar. 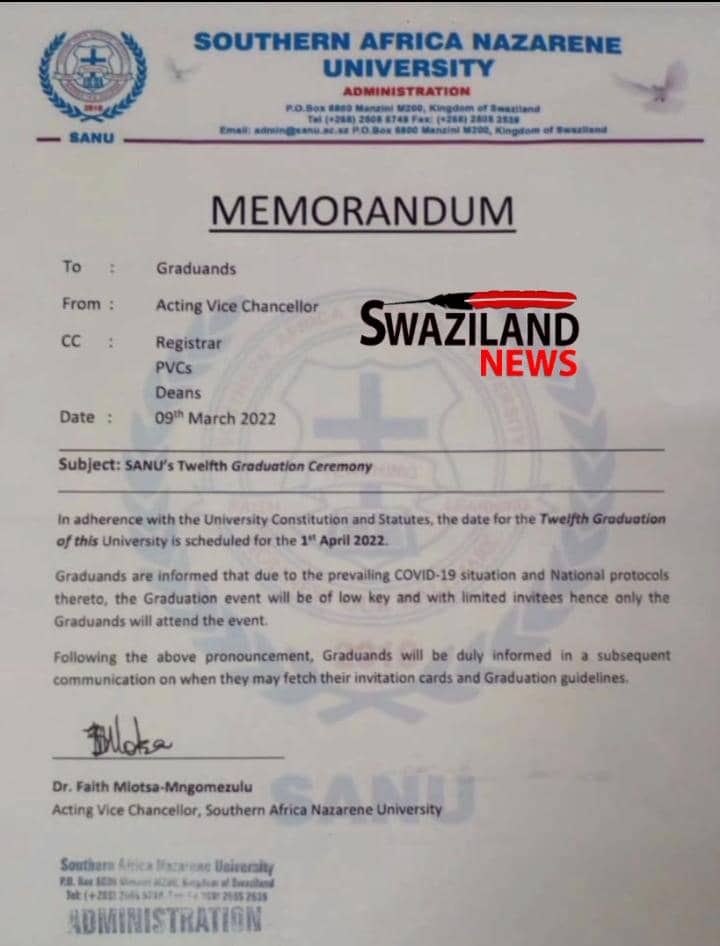 A memo issued by the Nazarene University.