MBABANE: Sibusiso Simelane , the Eswatini Brewery Risk Manager who allegedly participated in the killing of dozens of civilians at the Brewery during the June 2021 massacre was on Tuesday evening attacked by members of the Swaziland International Solidarity Forces(SISF).

It has been disclosed that when Solidarity Forces arrived, Simelane was not at home and the forces managed to grab guns, burn a house worth over five hundred thousand(R500,000.00)and an Audi registered WSD 732 AS.

Efforts to reach the Brewery Manager proved unsuccessful at the time of compiling this report.

Reached for comments by this Swaziland News, the Commander of the Solidarity Forces confirmed the attack adding that they managed to confiscate guns that were in possession of the Manager.

“It’s true that we attacked the Manager’s home today(Tuesday), even though we didn’t find him, we managed to confiscate weapons that were there and we are still looking for him. That Manager was in charge of security at the Brewery and during the night of the massacre, he participated in the killing of civilians.Together with soldiers and the police, he tied some civilians with a rope and those protestors were assaulted the whole night and later killed, we have that file. The manager later falsely testified at the High Court that no one was killed, that was an insult to us as the Solidarity Forces and the people. We want to make it clear that the attack this Manager is just the beginning, actually, we are aware that he is not armed now because we grabbed the guns and we will get him. All those who played a role in the killing of civilians during the unrest will account ,” said the Commander.

It has been disclosed that shortly after falsely testifying at the High Court on or around 24th March 2022, Dlamini was added on the list of high profile who would be attacked by the forces.

The alleged false testimony of the Manager suggesting that no one was killed at the Brewery was widely reported by Mswati’s newspaper, the Eswatini Observer.

But the Commander said the attack on the Brewery Manager was prioritized after he demonstrated some arrogance and no remorse for the killing of civilians when testifying at the High Court.

“We received information that he was mocking the people who died at the Brewery during Management meetings, only to falsely tell the court that no one was killed,” said the Commander.

Superintendent Phindile Vilakati, the police Spokesperson had not responded at the time of compiling this report.

Eswatini is in the midst of a political crisis after King Mswati unleashed soldiers and the police to kill dozens of civilians. 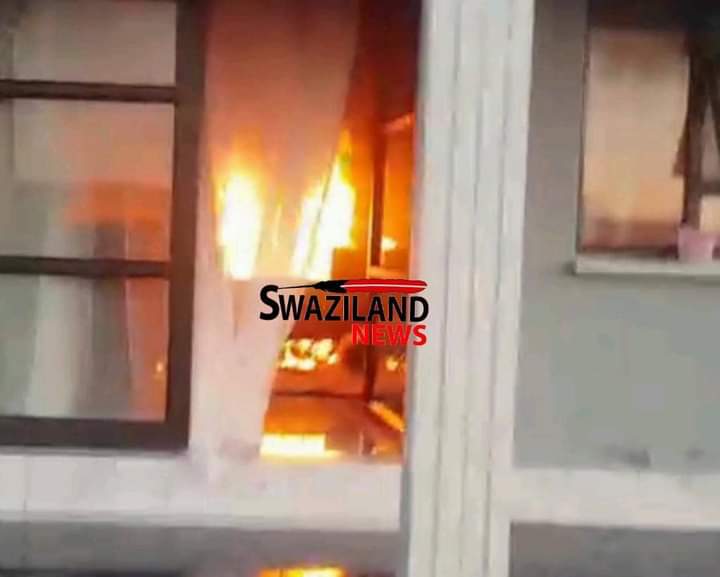 A home belonging to Brewery Manager Sibusiso Dlamini was destroyed by Solidarity Forces.