As a result, the Presidency has referred to security agencies the threats made against the Director General.

In a public statement released on Saturday, the Presidency said several days ago, Ms Baleni received a threat by an unknown person or persons who seemingly wanted to affect the Presidency’s processing of the findings of the Judicial Commission of Inquiry into Allegations of State Capture, Corruption and Fraud in the Public Sector including Organs of the State.

“Ms Baleni found, in her letter box at home, an envelope containing a bullet and a letter in which the perpetrator(s) made a threat against her life. A picture of the letter and the bullet are attached.The Director-General reported this matter to security agencies and she is receiving protection to enable her to continue her critical duties as Director-General of the Presidency, Cabinet Secretary and convenor of the Forum of South African Directors-General,”reads the statement in part. 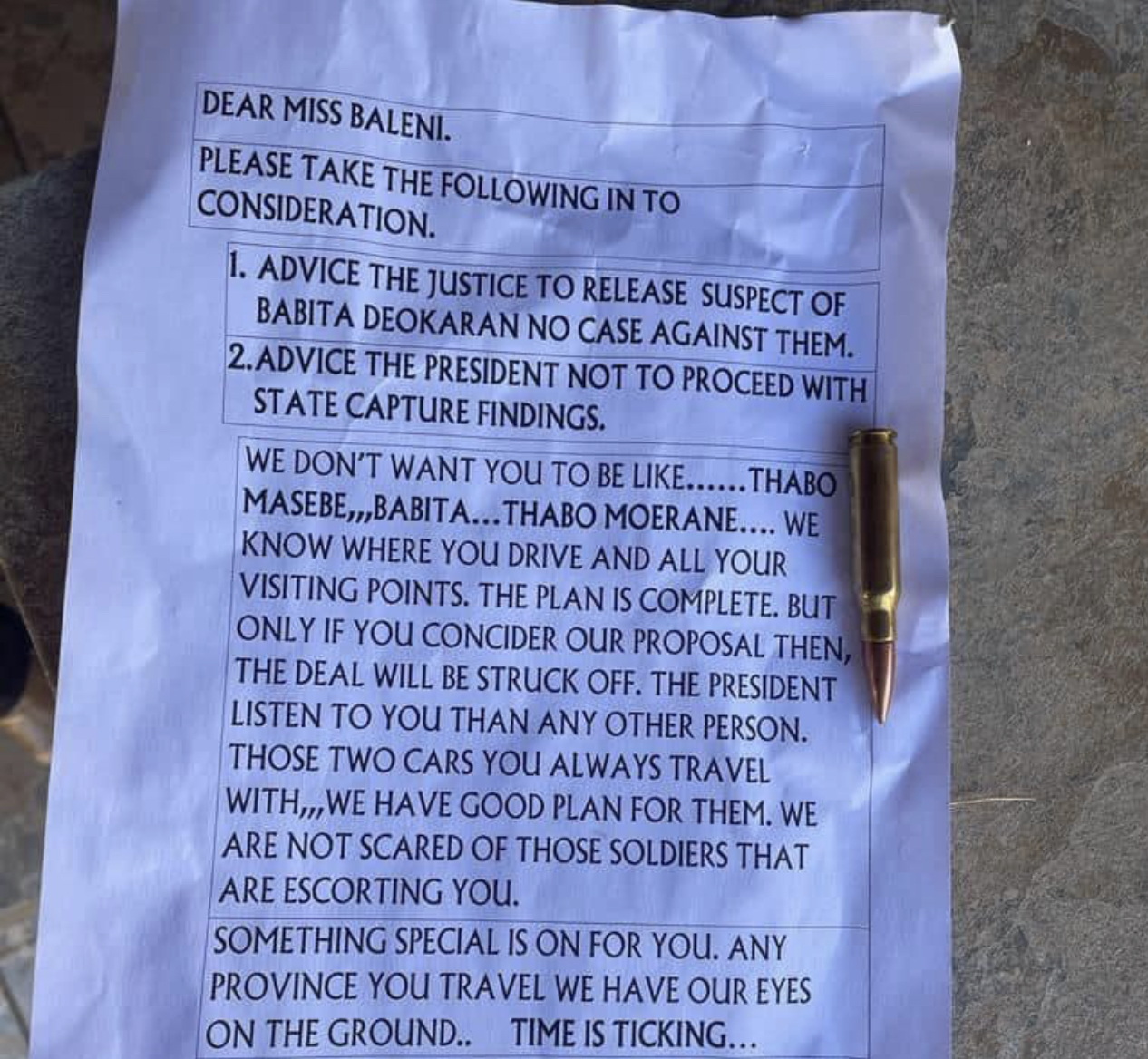 A thretening letter directed to Miss Phindile Baleni, the Director General in the Presidency.