EZULWINI:Bongile Mbingo, the Ezulwini Mayor with strong links to the ‘ruling’ Jesus Calls Worship Centre (JCWC) allegedly sent a message to Lawrence Lukhele, the editor of eSwatini Daily News Online ordering him to remove a headline suggesting that a coronavirus patient allegedly died after being neglected by nurses and doctors.

Mbingo, the General Manager of Bethel Court Hotel at Ezulwini owned by powerful JC member Senate President Lindiwe Dlamini subsequently confirmed to this Swaziland News that she was indeed sent by the country’s authorities(referred to as Labadzala in Swazi Law and Custom) to communicate with the editor that he should remove the headline. Labadzala refers to King Mswati in his capacity as the King and Ingwenyama of the Kingdom of eSwatini and Queen Ntombi Tfwala.

The Mayor was questioned by this publication to explain why she intimidated the journalist in his line of duty, however, she consistently maintained that it was an instruction from above.

“I was instructed by the authorities to tell him to remove the headline because he risks being arrested for publishing information about coronavirus that is not accurate. When I asked him why he published this, he said he took the story from the Observer” said the General Manager.

Mbingo said the authorities got to know about the story after the link was posted on her page which she said was followed by high profile people including authorities of the country.

“The page where the link was posted have high profile individuals including authorities of the country, so they were not happy with the article. I politely assisted him to delete because he might be arrested for this” said the powerful Mayor.

Reached for comments, the editor described this as an act of intimidation and wondered why the authorities were sensitive with the issue.

“To me it sounded like a threat and somehow I was considering deleting the story because the next thing I might be arrested merely for publishing a story. The challenge we are facing as publications and reporters is that we are always in fear when reporting” he said. 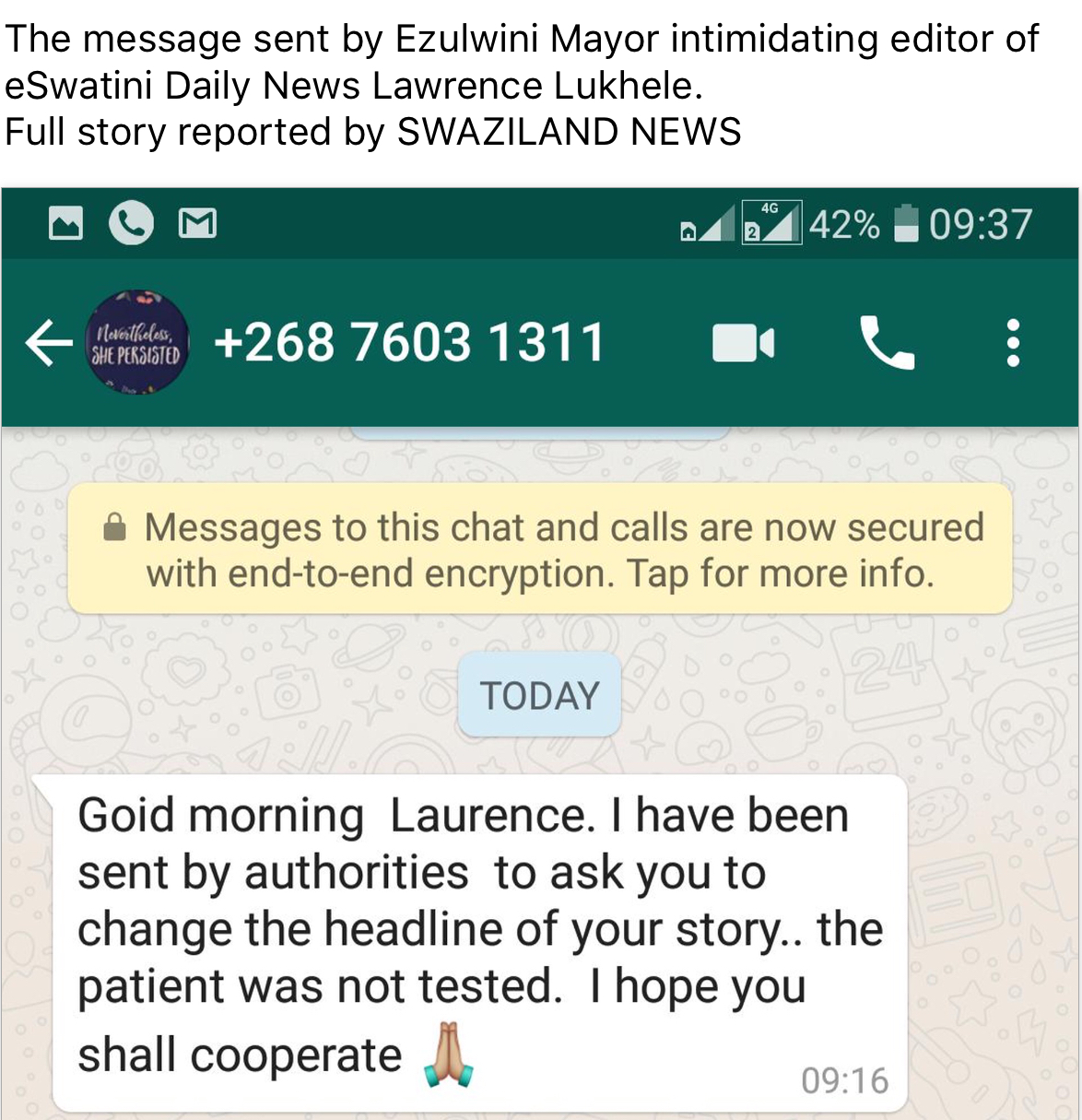