On 19 July, the 2022 Trafficking in Persons (TIP) Report was published.

The assessment of 188 countries and territories, including the United States, found that, “Traffickers lure voluntary migrants, especially women and girls from rural areas, from neighboring countries, such as Malawi, to cities in Mozambique, Eswatini, or South Africa with promises of employment or education, and then they exploit those victims in  domestic servitude and sex trafficking. With two-quarters of 2022 behind us, laws that mandate in favor of freedom of association.” The TIP report was released by U.S. Secretary of State, Antony Blinken in Washington, D.C. at a launch ceremony at the State Department. Blinken emphasized that, “most comprehensive sources of information anywhere on anti-trafficking efforts by governments.”

The rating Eswatini received is because, “The Government of Eswatini does not fully meet the minimum standards

“Corruption and official complicity in trafficking crimes remained significant concerns. In recent years, senior government officials were investigated, prosecuted, and convicted for trafficking crimes or the abuse of trafficking victims under the care of the government; however, these cases faced significant delays due to a backlog of court cases,” the report found. Additionally, “For the second consecutive year, criminal prosecution remained pending against the Director of the National Children’s Coordination Unit in the Deputy Prime Minister’s office for allegedly kidnapping, trafficking, and sexually assaulting a child from 2017 through 2019.”

On trafficking people, the TIP report reveals that, “Some traditional healers target individuals with albinism, who may be vulnerable to both sex and labor trafficking. Traffickers exploit Mozambican girls in bars, roadside clubs, overnight stopping points, and restaurants along the southern transport corridor that links Maputo with Eswatini and South Africa,” explaining further, “Mozambican boys migrate to Eswatini to wash cars, herd livestock, and sell goods; some subsequently become victims of forced labor.”

“Reports allege traffickers bribe officials to move victims within the country and across national borders to South Africa and Eswatini.” Even students have fallen victim to human trafficking. “University students from Sri Lanka and Eswatini who traveled to Taiwan under similarly deceptive circumstances have been subjected to coerced labor with extremely harsh working conditions in slaughterhouses and meat processing factories,” the TIP report published.

The State Department report does make several recommendations. One of the suggestions is for Eswatini to, “Increase efforts to investigate, prosecute, and convict traffickers, including allegedly complicit officials.

Other African countries were highlighted, including Ghana, the Democratic Republic of the Congo, Uganda, and South Africa, among others. Botswana is said to have “cooperated with the Governments of South Africa, Zimbabwe, Eswatini” to resolve its own cases. Namibia is the only country in Sub-Saharan Africa which has ranked well in Tier 1 in the 2021 and 2022 Trafficking in Persons report. 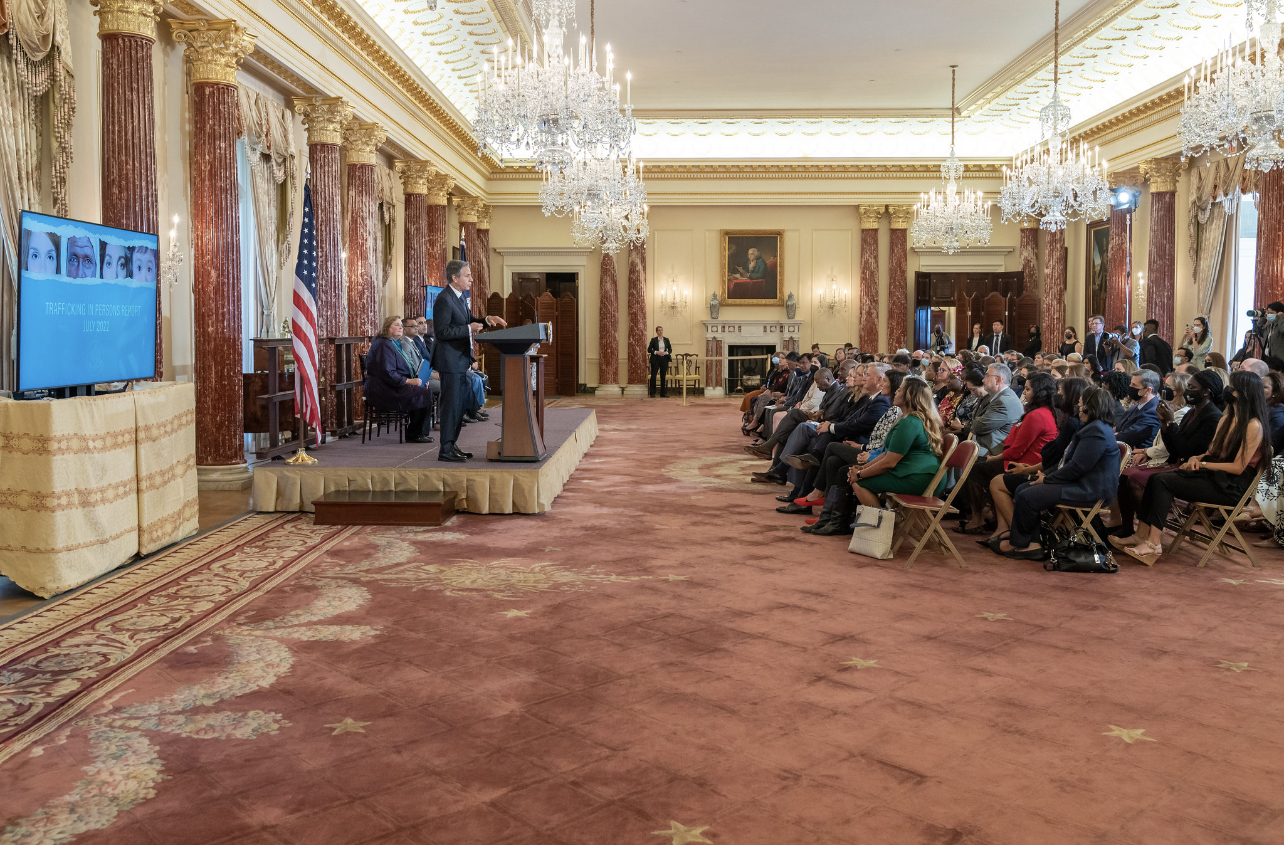