MBABANE: Buckle Up: The E4 Million fifth(5th) edition of the Ingwenyama MVA Cup has been launched.

His Majesty King Mswati III representative Prince Hlangabeza, the Chairman of the Ingwenyama Cup Management Committee said the King commanded them to launch the tournament and put the country first. The Prince first thanked the former MVA Chairman Zweli Jele whom he said played an important role in the sustainability of the tournament. He said the tournament was now gaining momentum because the good work done by the previous management and Board of the company. He then advised the new Chairman Zithulele Gina to work extra hard and improve the tournament.

“We also appreciate the support from the government, if we can work together as a country, football can eradicate poverty in the country. Let us encourage the promotion of talents and this tournament is doing that. They always talk about the importance of promoting talents among the Swazis and we appreciate this tournament because it’s in-line with the King’s vision,” said the Prince.

Minister of Public Service Christian Ntjangase who represented Sports, Culture and Youth Affairs Minister Harries Bulunga said it was an honor to launch the Ingwenyama Cup even this year saying the tournament demonstrated the uniqueness of the country.

“On behalf of His Majesty’s Government, we express our gratitude to the MVA for supporting this tournament. We will continue to offer our full support to the Ingwenyama Cup. This tournament has grown to be an exciting cup even beyond our borders,” he said.

SMVAF Chairman Zithulele Gina said as the tournament was funded with public funds, their main objective is to associate themselves with soccer to create awareness regarding accidents. He said they always make sure they exercise the highest level of accountability when handling these funds because they belong to the public.

“These are public funds, and we always make sure we handle the monies with care. Our main objective of associating the Fund with soccer is to create awareness regarding accidents in the country. As we are new in this organization, we appeal for co-operation as there would be some changes in the structure of the company,” he said.

PLS Chairman Peter ‘Touch’ Magagula advised teams to behave well and respect the results even if they are not favorable to them.

“This is a tournament that involves two results, its either you win, or you lose. Yes, this is a huge tournament with a lot of money, hence, the tension is always high. However, we appeal for claim regardless of the results,” he said.

Adam ‘Bomber’ Mtsetfwa, the President of the National Football Association of Eswatini (NFAE) said they embrace the collaboration between football and MVA.

“As the FA, we embrace the collaboration between MVA and football and we would request that this continues for the benefit of the country,” he said. 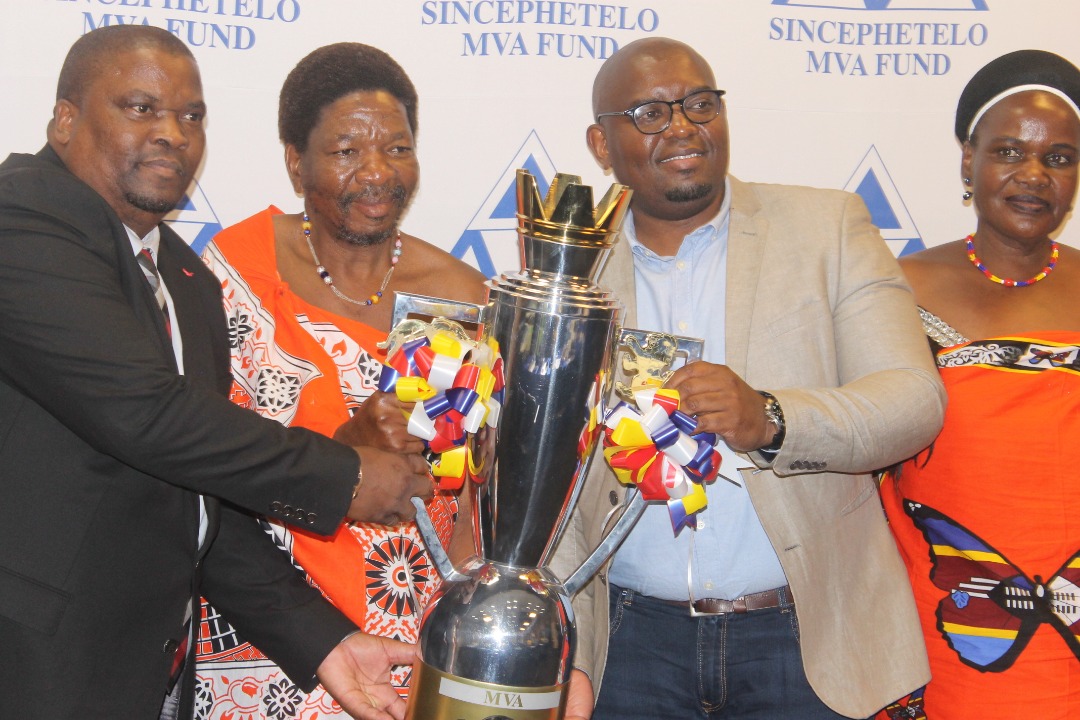