MBABANE: King Mswati, through the multi-billion Tibiyo TakaNgwane investments company allegedly defrauded the Nation in a share holding deal, he is facilitating to increase and or acquire a majority shareholding amounting to 90.3% at Swazi SPA Holding Limited in the name of Emaswati for personal benefit.

Swazispa, a subsidiary of Sun International Limited owns and operates leading hotels, casinos and entertainment facilities in Ezulwini Valley in the Kingdom of eSwatini, it operates through it's three wholly-owned subsidiaries which are Ezulwini Properties Limited, Manzana Estates Limited and Spa Financing Company Limited. Brands under the Swazi Spa Holdings include the Royal Swazi Sun, Lugogo Sun and Ezulwini Sun.

Reached for comments by this Swaziland News, Lance Rossouw, the General Manager of the SwaziSpa said more consultations and discussions were still taking place in the acquisition of the shares.

"Theres still a lot to be discussed, we haven't reached any agreement at this stage, the best person to talk to is Dr AT Dlamini because he is the one who is involved in the acquisition of these shares" said the Swazispa General Manager.

A questionnaire was sent by this Swaziland News to Tibiyo TakaNgwane Managing Director Absalom Themba Dlamini, however, he had not responded at the time of compiling this report.

But in the midst of the deliberations, Swazi Spa Holdings released a statement dated 01 December 2020 confirming that the Ingwenyama(King) was in talks with All Saints Proprietory Limited for the acquisition of 50.6% shareholding to increase his effective 39.7% share at Swazi Spa to 90.3%.

“Swazispa Holdings Limited(“Swazispa”) shareholders are hereby advised that All Saints Proprietary Limited(“All Saints”) are in discussions with The Ingwenyama in Trust for Emaswati(“Ingwenyama”) that if successful, will result in the disposal of All Saints' effective 50.6% shareholding at Swazispa to the Ingwenyama. This will result in the Ingenyama increasing its effective 39.7% interest at Swazispa to 90.3%. If successful, the Ingwenyama's acquisition will be subject to fulfillment or waiver of certain conditions precedents including inter alia the finalisation of transaction documents and regulatory approvals. Accordingly, shareholders are advised to consult their professional advisors and exercise caution when dealing with the Company’s securities until further announcement is made”, read the statement released by SwaziSpa Holdings Limited.

Reached for comments, Lucky Lukhele, the Spokesperson of the Swaziland Solidarity Network(SSN) said such shareholding deals acquired by the King in the name of the Swazi Nation proves that the country was led by a serial dealer who had no interest whatsoever for the Nation.

"In fact what we are calling for now, it is this huge insult that says, he is holding these shares in trust for the Nation, we want to correct this thing because the Swazi Nation is not benefiting anything, this is a businessman who signs deals for himself and his family not a leader of a country" said the SSN Spokesperson.

An independent investigation by this publication uncovered that before demonstrating intentions to acquire more shares at Swazispa, King Mswati defrauded the Swazi Nation, in that he used Tibiyo TakaNgwane, a company that was founded by eMaswati to acquire 39.7% shares in the company, dividends were never declared for the benefit the Nation despite the availability of legal documents proving that he was holding the shares in trust for Emaswati.

Reached for comments, Sibongile Mazibuko, the President of the Ngwane National Liberatory Congress(NNLC) said it was unfortunate that the King used the name of Emaswati to acquire shares  'in Trust for the Swazi Nation' when the reality was that those deals benefit him and his family.

“It is very unfortunate that eMaswati are used by the King to acquire shares and business deals for his own benefit, citizens are struggling with food, no drugs in hospitals but we see such deals  concluded in Trust for the Swazi Nation. If you read carefully the statement from Swazi Spa, it is clear that the King is using his absolute power to take over the shares, there’s no negotiation here, you can’t negotiate with a person who is above the law. He can do anything to investors including taking over their shares, it is dangerous to have a King who is above the law”, said the NNLC President.

Eswatini, a tiny Kingdom situated in Southern Africa has about 70% of the population living below the poverty line, however King Mswati was counted by Forbes Magazine as one of the richest Monarchies in the world.

On or around 02 December 2020, Swazi Media Commentary citing a report released by the World Food Programme(WFP), reported that the WFP helped to feed 109,449 people during the month of October 2020 who were urgently in need of food aid.

A separate investigation by this publication further uncovered that King Mswati normally uses his absolute power to grab shares from giant companies and subsequently appoints his brothers and loyalists to protect his interests in the various entities, no dividends or monies were ever remitted for the benefit of the Swazi Nation.

Documents in our possession suggest that Non-Executive Board members who were representing the interests of the King at Swazispa Holdings Limited include David Dlamini, Prince Masitsela, Princess Ngebeti among others.

But an employee in one of the hotels under Swazispa Holdings told this publication that the intended acquisition of major shareholding by the King whose companies have a record of violating workers rights might see staff members of the various hotels forced to take salary cuts.

“Currently we are paid 31% of our salaries because of the impact of COVID-19 as we sit at home, but we are worried that once the King takes over, we will be forced to take salary cuts. Even though it wasn’t enough, the current management was paying us far above the Gazette because they understand the situation and they used the South African scale, however, once royalty takes over, it’s going to be worse”, said the employee.

On or around 22 February 2018, David Dlamini, the Swazispa Holdings Board Chairman signed a report in possession of this publication where he thanked employees for their commitment and hard work which contributed to the company being able to achieve satisfactory results, however, he highlighted some challenges in the gambling department.

“With the Casino industry in South Africa and Swaziland under pressure as a result of the introduction of alternative forms of gambling, the weak local economy and pressure on disposable income, trading is expected to remain tough on the casino side of the business”,said the Chairman.

Reached for comments, Warnder Mkhonza, the Secretary General of the  Amalgamated Trade Union of Swaziland(ATUSWA) said even though Sun International was regarded as one of the best employers in the industry, they were worried that the take over by royalty might result to gross violation of workers rights.

“Firstly, the expectation now is that the employees should be paid their terminal benefits because there is a change of ownership, even if the name does not change. We sympathise with these employees, Sun International is considered as one of the best employers in the industry and now they will work under a different environment. We are troubled as a union that the royal family seems to take over every business that is available in the country. Now, we can see that investors will lose confidence on Swaziland because once they start making money, royalty takes over. It is clear that the COVID-19 regulations were imposed to frustrate businesses so that royalty can take over in the midst of struggles for these businesses”, said the ATUSWA Secretary General. 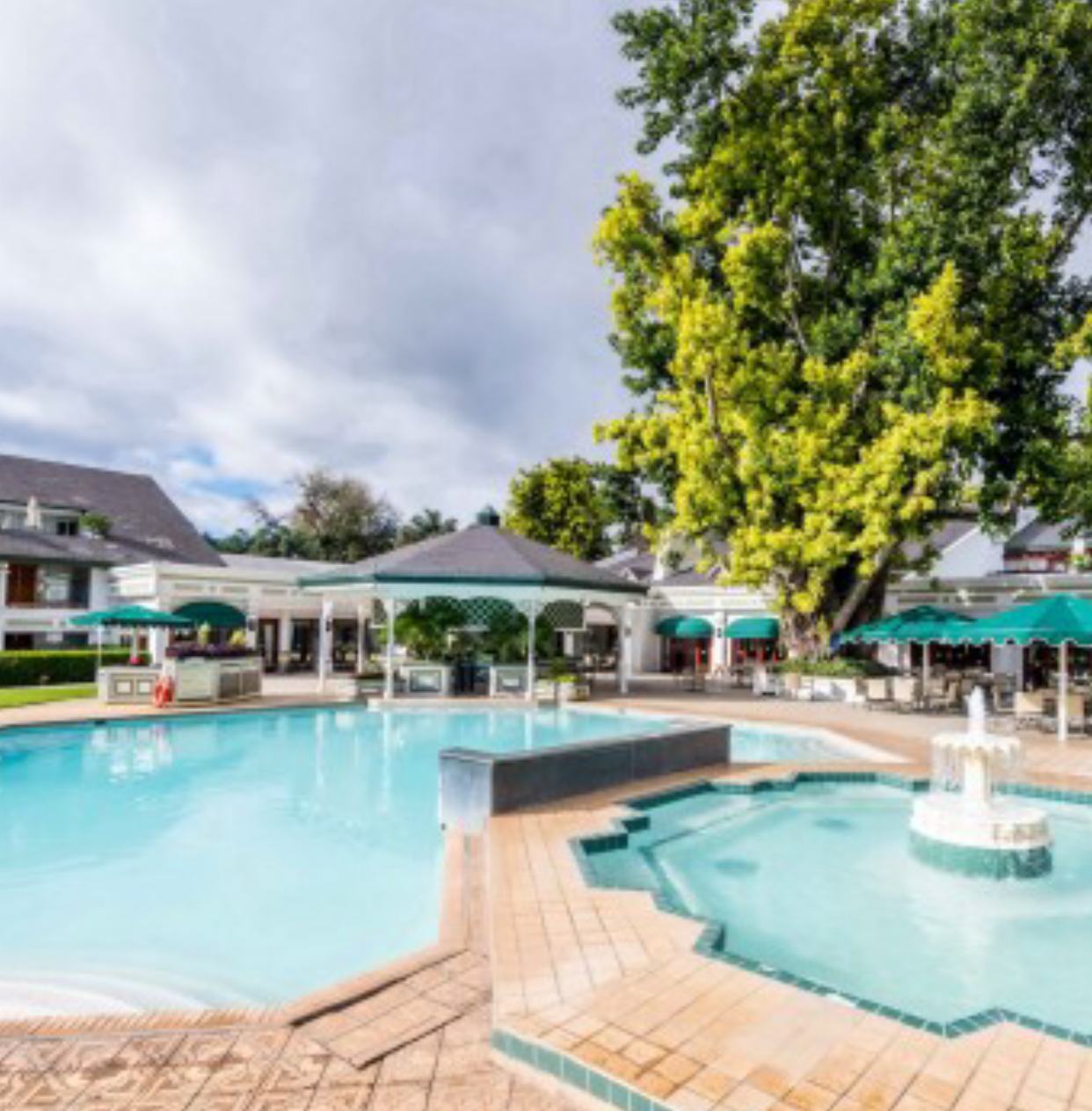