COVID-19 crisis: Captured Judges will soon become victims of their own injustice.

When nurses through the Swaziland Democratic Nurses Union(SWADNU) used their own money to take government to court, they intended to demonstrate the seriousness of the situation in our collapsed health system and further force the State to provide working equipment in the interest of the Nation, however, the captured courts opted to protect the government at the expense of the people’s lives.

Well, I am writing this article to warn all the captured Magistrates and Judges particularly Chief Justice Bheki Maphalala who turned our judiciary into kangaroo courts that it’s now ‘pay back time’, those who opted to protect this government even on clear cases suggesting that  the State ignored its social obligation like providing drugs in hospitals and other working equipment will soon be victims of their own injustice, some will remember their ‘kangaroo’ judgements while struggling to breath as the COVID-19 second wave intensify.

Even though we have credible Judges and Magistrates in this country, I have noted that some of them are hypocrites who pretend to be advocators of justice while manipulating the law to oppress the people, their loyalty to this corrupt and oppressive regime have blinded them such that it was even hard to see that, by taking government to court over the lack of working equipment in the various hospitals, the Nurses Union was protecting the lives of citizens including the very judicial officers.

But then, let me hasten to thank our health workers for trying their best to protect the people of this country, they did everything in their power to raise awareness that the situation was getting worse in the various hospitals by organizing protest marches including approaching the court, unfortunately, the time has come for the country to start counting dead bodies almost everyday.

As a Nation, we must just accept that we don’t have a Judiciary in this country, we can only take government to court and those in power just for formality so that the next generation will browse through the court records and get information suggesting that, in the midst of the oppression and judicial capture, some concerned citizens and organizations tried to save the country.

We cannot expect Judges to deliver independent judgements in the public interest under the administration of Chief Justice Bheki Maphalala, it has become a norm for them to issue court orders that massage the government just to protect their jobs and their tendency of acting in interest of their stomachs have blinded them such that they cannot see that by protecting the government that neglected the health system, they might soon become victims of the CoronaVirus.

It should be noted that even if trade unions can try to organize strikes tying to address the various issues affecting this country, Judges will issue interim court orders in favor of government stopping the strike actions, the intention is to disorganize the workers from exercising their right to protest.

Indeed, there’s sufficient evidence suggesting that the judiciary under this undemocratic regime is not promoting justice in the interest of the people but it is another arm of the oppressor, sadly, in the midst of the COVID-19 crisis, the Judges exposed themselves, their relatives and the whole Nation to danger  by choosing to side with the oppressor that neglected the health system

The judgement by Industrial Court Judge Abande Dlamini in the matter between government and the nurses union where the parties were told to engage each other in the table and discuss the issue regarding the lack of Personal Protective Clothing(PPEs) in hospitals suggests that the Judge was playing double standards, seemingly, he was careful not to rule against the government, his legal mind was long clouded by his much publicized incident were he allegedly shot Sithembiso Mngometulu at Kai Kai during a drinking spree.

Judge Dlamini cannot rule against the government knowing very well that this regime can decide over night to charge and subsequently remove him for alleged misconduct, he is currently working at the mercy of the regime and workers should not expect any justice from him when challenging government, he is just a vulnerable puppet.

it should further be noted that the lack of independence within our entire justice system intensified shortly after CJ Bheki Maphalala who doubles as \'Indvuna yeMcuba\' of Kontjingila took over as head of the Judiciary.

We can’t expect a justice system headed by \'Indvuna yeMcuba\' to promote justice and equality before the law particularly because we know the injustice that manifests within the traditional courts in the various chiefdoms.

It is evident that Chief Justice Bheki Maphalala only changes the traditional attire upon finishing his traditional duties, but the whole justice system now reflect the thinking capacity of Indvuna Yemcuba.

The CJ always make sure that independent minded Judges are not allocated cases that challenges government, these cases are normally handled by captured Judges like Justice Nkosinathi Maseko and Nkululeko Hlophe among others, these are not credible Judges.

While writing for the Sunday Observer as a columnist, some few years ago, I questioned Judge Nkululeko Hlophe’s intention by refusing to rescue himself in a case where Motshane Member of Parliament(MP) Robert Magongo was challenging elections after losing to the then MP Phesheya Hlatswako.

Judge Hlophe previous had a verbal showdown with Magongo regarding the lack of independence in our justice system and he was systematically allocated the case to rule against Magongo because he was a headache to the system, using his Parliamentary privilege to question even the breakdown in the administration of justice in our country.

But then, instead of taking the genuine criticism positively, Justice Hlophe threatened to issue a warrant of arrest against me in an open court merely for expressing my views regarding his conduct in that article.

Judge Hlophe including all the captured judicial officers should know that being a Judge does not come with criticism immunity particularly for individuals holding public office, we don't need judicial dictators who manipulate the law to legitimise injustice.

Judges should conduct an introspection, analyse the current situation in this country, they will then understand that the damage they have done to lives of the poor citizens disqualifies some of them to be called Judges, you can’t consistently deny the people their rights and then call yourself a Judge, maybe you can do so if your role model is 'Indvuna YeMcuba'

The recent ruling by Judge Abande Dlamini that deprived the citizens their right to health care suggests that the judiciary has become a serious problem that needs to be fixed, it’s demotivating for lawyers to conduct legal research for urguments before a captured Judge particularly in cases challenging  government, knowing that the judgement will favor the State.

I cannot waste my energy on Judge Nkosinathi, a puppet of the regime who climbed the judicial ladder after persecuting respected human rights lawyer Thulani Maseko and veteran editor of the Nation Magazine Bheki Makhubu while he was Director of Public Prosecutions(DPP) anyone who appears before him should expect the worse particularly in cases challenging the government.

In conclusion, it is of paramount importance to state that the Judiciary has become an arm of the oppressor to legitimize injustice, people are evicted from their land, no scholarships and the health system has collapsed, but when stakeholders approach the courts for justice on some of these genuine issues, Judges side with the oppressive government.

But then, as some of the key institutions like the health system collapse, even Judges will soon become victims of their own injustice, that's the sad reality. 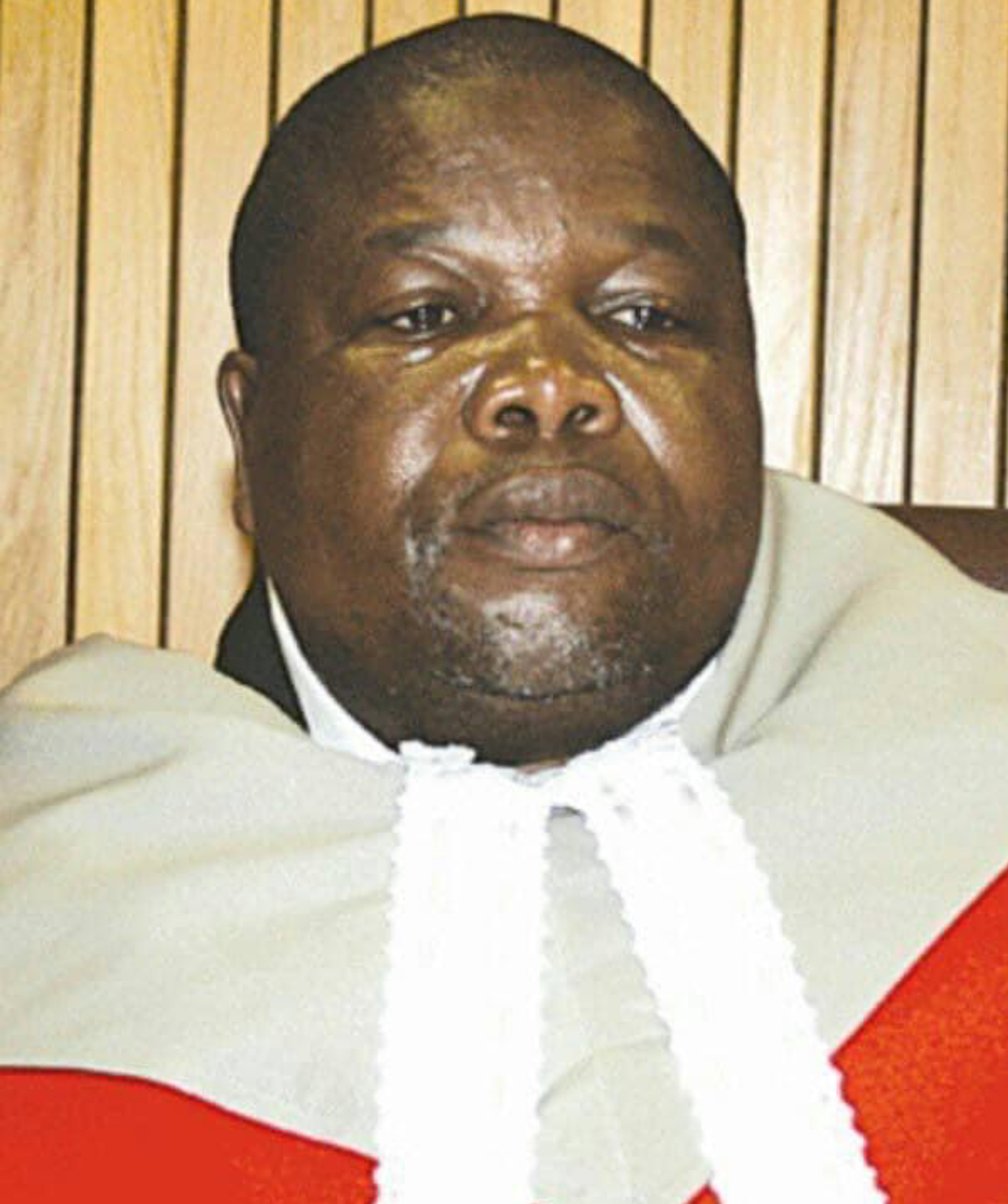